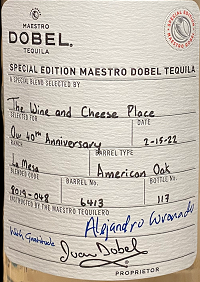 The Wine and Cheese Place 40th Anniversary Edition
Cristalino is a barrel aged tequila that has been filtered (often through charcoal) to remove the naturally occurring colors it picks up from spending time inside the barrel. ... The result is a tequila that has the complexity and character of a Reposado with the crisp, bright notes of a blanco.

One of our 40th Anniversary celebration beers.
A special DOUBLE DRY HOPPED edition of Hurry on Daylight IPA 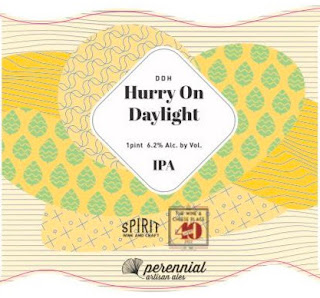 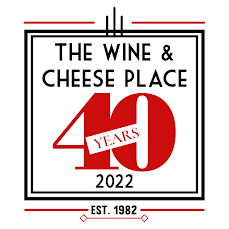 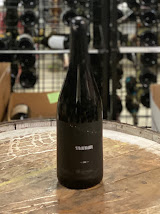 Perennial / TWCP Maman new batch coming in 2022 for our 40th Anniversary
This year is our 40th Anniversary, we opened in 1982!  Watch for more exciting anniversary beers.
5 barrel blend -- if all goes to plan.  Subject to change.
This batch is 3 barrels of Knob Creek 15 year old, Larceny Wheated Bourbon, Elijah Craig Bourbon.  They have been in barrel for about 2 years now.  Phil said he tasted them back in August and they were coming along nicely.   He will be tasting them soon to see when he wants to bottle.

As before the release will be based heavily on Perennial support starting from November 1st, 2021 until the release.  We will announce that date when we know.
Order other Perennial beer online now
Posted by Paul Hayden at 1:39 PM