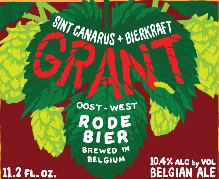 Sint Canarua Bierkraft Grant....$5.29 / 11.2oz
Brewed in full collaboration with Sint Canarus in Belgium, by Piet and Ben, Grant is a big bold Imperial Red Ale, with the piny resinous quality of the dankest American Hop-monsters, coupled with the fruity esters and dynamic body produced by Piet’s infamous Belgian yeast. Named for Ben’s Great-Grandfather, Grant is a strong old soul of a brew - vibrantly fresh while young, wise and contemplative with age. 10.4% ABV. 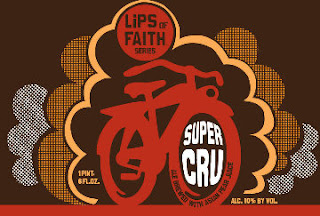 Lips of Faith  Super Cru....$11.99
"Imperial Fat Tire" -- Fat Tire with everything doubled
(Fort Collins, CO) – In honor of New Belgium’s 20th anniversary celebration, the brewery’s flagship Fat Tire Amber Ale is getting a makeover. The result is New Belgium Super Cru, which is part of New Belgium’s esteemed Lips of Faith Series. This special creation, along with Abbey Grand Cru, make up the second rollout of Lips of Faith beers this year. The quarterly program taps the creativity of New Belgium’s brewers and delivers unique, short-run batches.
Super Cru is a big, beautiful double version of Fat Tire Amber Ale, doubling the malt bill and hop profile of the traditional version. To accentuate the fresh apple ester of Fat Tire, New Belgium added Asian pear juice and tweaked it further with a saison yeast. Super Cru opens with a big bready nose, rolls from floral hop to earthy malt and finishes with a touch of clove." ---  www.beernews.org
. 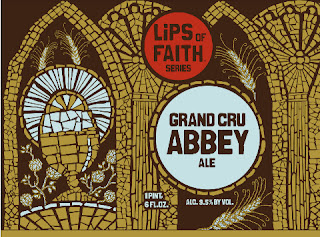 Lips of Faith Grand Cru Abbey Ale...$7.99
Before there was New Belgium Brewing, there was Abbey Ale. It was the first beer of home brewer and New Belgium co-founder, Jeff Lebesch. So the love brews deep for Abbey Grand Cru.
To date, Abbey Ale has garnered no less than 16 medals at the Great American Beer Festival 7 of those being Gold. Take that award-winning recipe, precisely increase the hops, malt and fermentation time, and the result is a Grand Cru worth collecting. And that s exactly what many of us at New Belgium, as well as a growing number of fans, have done.


By saving it for a few years, Abbey Grand Cru will continue to improve and age deliciously. Optimal storage is a cool (40-55°), dark place where the bottles can remain undisturbed. But lest we forget, it is a great beer and great beers deserve to be enjoyed. Best served at cellar temperature in a wide-mouthed glass. Toast to the monk s virtue and have a heavenly experience.

Share
Posted by Paul Hayden at 1:51 PM No comments:

Another new cider for us.... 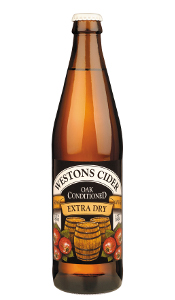 One of the best-known brands of cider in the world, Westons has been pressing and fermenting in the Herefordshire village of Much Marcle for 130 years. Founded in 1880 by Henry Weston, it's still a family run business, with Henry's great-grandaughter, Helen, at the helm. They're still making cider the traditional way, otherwise known as the right way.

Share
Posted by Paul Hayden at 1:00 PM No comments:

Oliver's
Oliver's Cider and Perry House crafts its products in small batches, using fresh (mostly hand-picked) unsprayed fruit, with minimal intervention. These ciders and perries are distinctive and handsomely presented, respecting the great heritage and traditions of the past but with an eye to innovating for the future.

Oliver's strives to produce premium products, while valuing the health and well being of its consumers, its employees, the earth's natural resources, and the environment. 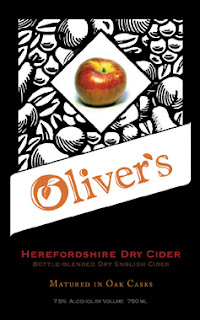 
Oliver's Heresfordshire Dry Perry...$9.99 / 750ml
This still, dry perry is blended from selected varieties of vintage pears grown in orchards in Herefordshire, England. A full tasting perry, rounded with hints of citrus, with good body and a lingering pear aftertaste.


It just took first place in it's class in the three most prestigious cider competitions in the world: The Big Apple Cider and Perry Trials at Putley, Herefordshire, The International Cider and Perry Competition at The Cider Museum, Hereford and The Royal Bath and West Show, in Somerset, where it also won the Arthur Davies Cup presented to the best cider or perry available!

Share
Posted by Paul Hayden at 12:57 PM No comments:

"Beer culture has been a real renaissance. Flavorful ale, porter and stout, has been rediscovered and it is earnestly discussing the enormous range of flavors and fragrances that can be accommodated in a beer glass."
Mikael Engström dugg
CEO 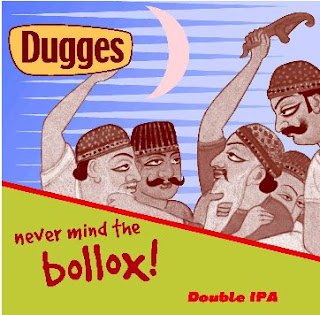 Dugges Never Mind the Bollox!....$6.99 / pint
Double IPA
9% ABV
"From the one & only Dugges Ale & Porterbryggeri in Gothenburg Sweden, a full and hearty Double IPA.  Intensely fruity with balanced sweetness and lingering bitterness brought out bgy ample Centennial hops.  NO BS, this is the bollox!" -- back label
Rated 97/100 RateBeer 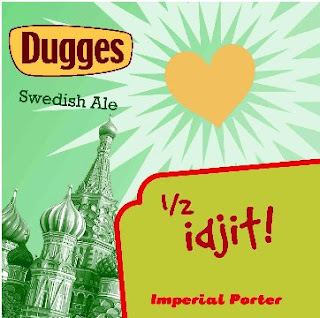 Dugges 1/2 Idjit!...$6.99 / pint
Imperial Porter
7.0% ABV
""From the one & only Dugges Ale & Porterbryggeri in Gothenburg Sweden, an original robust "Imperial Porter" with notes of coffee and salty liqorice.  Perhaps not as foolish as his big brother "Idjit", "1/2 Idjit" still has no trouble standing on his own!" -- label
Rated 98/100 RateBeer
Share
Posted by Paul Hayden at 9:04 AM No comments: 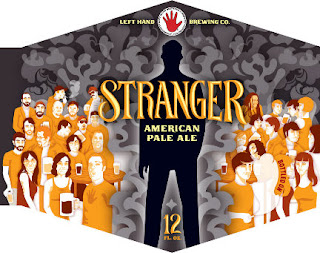 Share
Posted by Paul Hayden at 9:57 AM No comments:

Share
Posted by Paul Hayden at 11:20 PM No comments: