We have significantly expanded our beer departments in all of our stores. West County and Provisions Gourmet Market are still in progress, but I wanted to highlight a few of the favorite new beers. These are beers that you need to try if you have not yet. Beers that will change your view of what good beer can taste like. Our beer department is getting rave reviews, we now have people driving from 3 hours away to get some of these very hard to get beers. Many of these beers you do not find anywhere else.
Nogne from Norway
Nogne, which means "naked island", was started by two home brewers in Norway and they have started a brewing revolution in Norway. They started brewing in 2002, but their first shipme 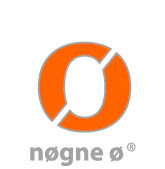 nt to the U.S. was not until 2006. We are proud to help introduce the beers to St. Louis and the midwest. I have really enjoyed everything from this brewery. All they make are bottle-conditioned ales. These are ales where more yeast is added to the bottle just before sealing. This starts the second fermentation in the bottle which gives it natural carbonation and also adds an extra layer of complexity and increases the shelf life considerably. Many bottle-conditioned ales can last for 10 years or more--don't try that with your "macro" lager.
Try their great Saison, IPA, Porter, and Imperial Stout
More info on Nogne

This is a tiny brewer in Denmark that is run by only 4 people that hand bottle (hence the name) their whole production. As I mentioned, they are very small, they only bottle less than 300 cases per week! Their beers are very limited, very hard to get and well worth the search because they create some of the more original brews you can find. A new favorite with our customers is their Dark Force, they claim it is the ONLY stout made from wheat-Dark Force Double Extreme Imperial Wheat Stout. They also brew a great smoked beer that is worth a try called Norwegian Wood Smoked.
more info on these two Haandbryggeriet Beers

Beer and Food
Some people have made comments that some of these beers are more expensive ($6-$10/pint), but you need to look at beer more like wine. These beers are not brewed to drink a 12 pack while cutting the grass or at the baseball game. These beers are produced to be served at the dinner table, or to be shared with your friends to discuss them like wine. Beer is the new wine! Many craft brewers promote their beers with food, Jim Koch with Sam Adams, Garrett Oliver with Brooklyn Brewery, Nogne, Haandbryggeriet, and Mikkeller. In fact, I am reading a great book by Garrett Oliver that tells the history of beer and focuses on matching food and beer--The Brewmaster's Table.

Mikkeller All Others Pale...$8.49
"All Others Pale - as in 'All Others Pale By Comparison' - is our cheeky take on an American tradition, but naturally with a Danish touch. It is a well-balanced, light-bodied thirst quencer, perfect after a hard day's work or on hot summer days...but loads of fresh green hops and a subtle malty background make this pale ale the refreshing choice year 'round!" -- Mikkeller
Rated 94/100 Ratebeer.com
This is our first shipment of this beer from Mikkeller. Mikkeller continues to impress me, I have not found one of their beers that I do not like. I just wish we could get more.


.
Jenlain Printemps Bieres de Mars...$6.99 / 25oz
"Special beers for Spring are an old tradition among France’s famous farmhouse bière de garde breweries. Typically, the brewers offered their very best stuff in this season, usually under the name Bière de Mars (March beer), or, more recently, as Bière de Printemps – Spring Beer. In the days before refrigeration, farmer-brewers always brewed in the colder months to avoid problems with their yeasts, which tend to be rather cantankerous in the warmer weather. The first and best beers of the season were brewed in early winter, when cellars were coldest, using the freshly harvested malt and hops of the autumn just passed. This special beer was stored and re-fermented for two months or more, and offered for drinking in early Spring.
With relatively recent advances in technology, and following the ravages of two world wars, much has changed in French farmhouse brewing. Making beer is of course an all-year-round occupation now..." -- importer


Other beer news:
Back in stock -
Hitachino White Ale 11oz and 25oz.
(the importer and distributor had been out)
Breckenridge Small Batch 471 Double Hopped IPA

Last call for the year on these seasonals...what is on the shelf is it...
Blue Moon Honeymoon (they are switching to Pumpkin)
Leinenkugels Summer Shandy
Last call on Unibroue 15 Anniversary - what is on the shelf is it.
Also...
we got in one more case of each at Forsyth of
Bells Java Stout and Sparkling Ale
(both retired by the Bell's, they are not being made anymore.)

A very rare treat for beer geeks!
(Sold out already, Sorry!
We are taking a waiting list if there are any cancellations)
Trappist Ale Tasting
There are currently seven breweries that are allowed to have their products wear the Authentic Trappist Product logo.


Wednesday - September 24, 2008
6pm-8pm
We will taste beers from all 6 breweries available here!
Chimay - 2 of the 3
Orval - only 1 made
Rochefort - 2 of the 3 (not sure which yet)
Westmalle - both Dubbel and Tripel
Achel - Blonde and Bruin (we are trying to get the Trappist Extra in time)
Koningshoeven - probably Quad and Tripel
Price for the tasting is $25 / person

Reservations required. 314-727-8788
Payment required at time of reservation.
(Cancellation with full refund available up to 7 days before the tasting, no refund after that)

The tasting will be limited to 18 people -- 1.5 ounce pour of each beer.
(I only have 33oz each of the Westies)
We will be tasting out of Riedel Bordeaux glasses. Large bowl similar to a Trappist glass.

Feel free to leave comments and suggestions on the tasting. I am still trying decide how many to do per flight and how to arrange the order of the beers.

There are only 7 breweries allowed to carry the Trappist logo
These criteria must be followed:
**The beer must be brewed within the walls of a Trappist abbey, by or under control of Trappist monks.


**The brewery, the choices of brewing, and the commercial orientations must obviously depend on the monastic community.


**The economic purpose of the brewery must be directed toward assistance and not toward financial profit.

This association has a legal standing, and its logo gives to the consumer some information and guarantees about the produce.(criteria from Wikipedia.com)