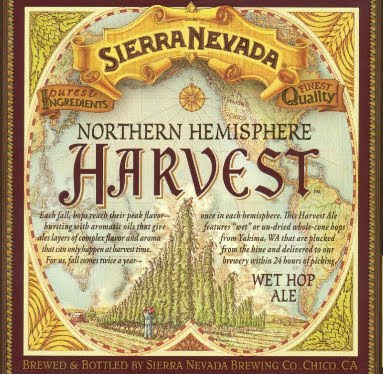 Posted by Paul Hayden at 3:40 PM No comments:

Just got in a great Pinot Noir at a great price...

In stock at Fosyth and Ballwin
or reserve it online

2006 Argyle Pinot Noir Spirithouse....$52.99
Compare to Agyle Winery Release price of $70
The 2006 Pinot Noir Spirithouse Knudsen Vineyard is medium/dark ruby with a splendid aromatic array of mineral, earth, cedar, spice box, and red and black fruits, Silky smooth, layered, bordering on opulent, and very sexy, this Pinot Noir will evolve for 2-3 years and be at its best from 2010 to 2018.
Rated 94/100 The Wine Advocate

Lithe, polished and appealing for the transparency of its raspberry, blackberry and sweet leather flavors, which linger gently on the harmonious, almost delicate finish. Drink now through 2014. 1,360 cases made. –HS
Rated 92/100 The Wine Spectator
Posted by Paul Hayden at 11:12 AM No comments:

Our own barrel of Knob Creek....


Our next barrel has arrived....

The Wine and Cheese Place's own Single Barrel of Knob Creek 9yr Old has arrived!

Old Barrel #66 was chosen by us and our customers for its exceptional quality.   Knob Creek botlled it for us an now it is here.  After evaporation, the barrel only yielded 174 bottles of this fine Bourbon which shows great intensity of vanilla and caramel sweetness.
Come in now for a taste at one of our locations. 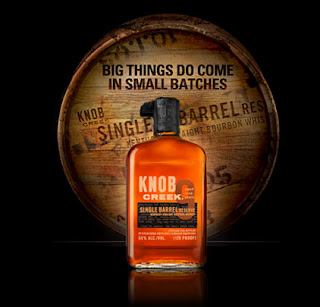 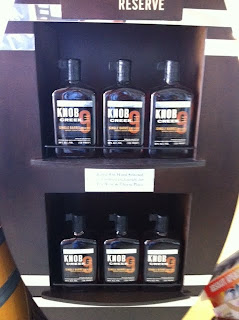 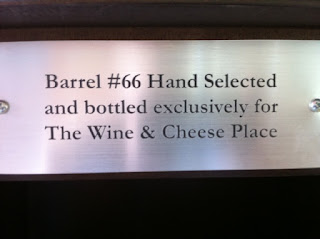 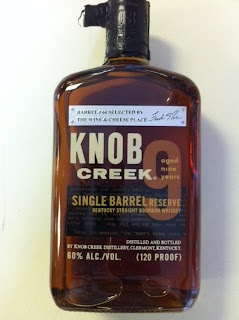 Silver Oak Wine TastingThis Saturday - Ocotober 8 from 1-4pmThe Wine and Cheese Place 7435 Forsyth Blvd, Clayton MO 63105314.727.8788Join us at Forsyth to taste the amazing Silver Oak wines.  We will taste2006 Silver Oak Alexander Valley2006 Silver Oak Napa ValleyAnd just announced...we will taste the highly anticipated 2007 vintage!2007 Silver Oak Alexander ValleyThe 2007 will be released next week, but you can taste it on Saturday and place an order for next week if you want some!
$5 / person and you get to keep the tasting glass!Reservations are not required, but we only have a limited number of tasting glasses for you to take home, so you can make a reservation to guarantee yourself a glass
click here for reservations.
Posted by Paul Hayden at 8:47 PM No comments:


Rogue Double Dead Guy is back!

New package!
Posted by Paul Hayden at 12:41 AM No comments:

In other beer news...


The Wine and Cheese Place will be starting Founders CBS Canadian Breakfast Stout Reservations around 8:15.

Since I am confident that it is arriving today and I have an allocation.    I thought I would start the reservations process at 8:15.   I would rather do this before we open and I am not interrupted with other things here.

Grand Rapids, Michigan, August 19, 2011—Founders Brewing Co. Vice President/Director of Marketing Dave Engbers announced today that the highly anticipated Canadian Breakfast Stout (CBS) will be the second release in the company’s 750mL “Backstage Series”. It will be released to the market on October 3, 2011, with a taproom release party on October 1.
There has been a great deal of anticipation and speculation regarding the upcoming release after the success of Blushing Monk, the series’ debut, earlier this year. Canadian Breakfast Stout is the epitome of why Founders launched the Backstage Series: it brings some of the brewery’s most sought-after beers, which have been available primarily at the taproom or at a few select events, to a much larger audience.
"Canadian Breakfast Stout is an Imperial Stout brewed with a blend of coffees and imported chocolates and then aged in spent bourbon barrels that have most recently been aging pure Michigan maple syrup. The final product has had stellar reviews and currently is the 5th highest rated beer in the world on BeerAdvocate.
As co-founder Dave Engbers explains, “Releasing small specialty batches is a great way for us to connect to our core beer enthusiast. Fundamentally, we are a small brewery that loves to do things our own way. This isn’t about flooding the shelves with a beer that we hope people will try; it’s about producing the best damn beer we can brew and offering it to those enthusiasts that have supported our passion for great beer.”
While we aren't ready to release the next beers in our Backstage Series, we maintain that it will consist of "popular one-offs” that have been offered in the taproom over the years and have become favorites among patrons and brewery staff.
“I think part of what people love about Founders, besides our beer, is that we listen to what they are saying,” says President Mike Stevens. “With our new line, now we can offer them more of what they’ve been asking for.”
We expect to release one additional product in the 2011 Backstage Series later this year and 3 more release in 2012." -- Founders 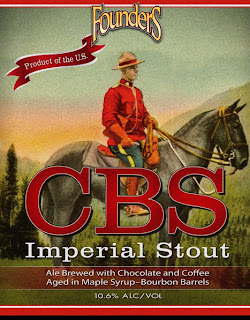 Apparently due to some disagreement between the Ramey's and the owners of Larkmead, Ramey went through the trouble of removing the "Larkmead" label from his 2006 and re-labeled it "Calistoga".  The same wine, just a new label.  They lowered the price by a bunch! 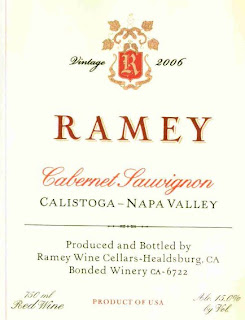 
2006 Ramey Cabernet Sauvignon Calistoga Napa Valley...$37.99
Compare to $80 suggested retail on The Wine Advocate
Our third release from this historic vineyard on Larkmead Lane surrounding the former Hans Kornell Winery—which in turn enclosed the historic Larkmead Winery. That winery dated from the 1880’s, when it was owned by Lillie Hitchcock Coit of Coit Tower fame. Located on the valley floor, we surmise that Ritchie Creek, separating the Spring Mountain and Diamond Mountain appellations, once ran through this site, resulting in the prominent gravel and excellent drainage which distinguishes this vineyard. I had worked with some parcels from Larkmead while I was with Rudd, so I knew its potential for quality. This vintage is blended of 91% Cabernet Sauvignon, 3% Cabernet Franc, 4% Petite Verdot and 2% Malbec, and was aged eighteen months in sixty percent new French barrels.

93 Stephen Tanzer’s International Wine Cellar May/June 09
Glass-staining ruby. Deep, youthfully brooding cassis and dark cherry on the nose, with a strong licorice note building in the glass. Sappy black and blue fruit flavors are framed by dusty tannins and energized by a tangy mineral note. The licorice quality repeats on the finish, which is broad, sappy and impressively persistent. For a big boy, this is pretty graceful.

92+ Robert M. Parker Jr.'s The Wine Advocate December 2008,
Issue 180
Although backward, the 2006 Cabernet Sauvignon Larkmead Vineyard is extremely promising. Its inky/ruby/purple color is followed by a gorgeous perfume of smoke herbs, graphite, crème de cassis, coffee beans, and toasty oak. With sensational fruit on the attack and mid-palate, and a finish filled with power, glycerin, depth, and impressive structure, this 2006 will benefit from 2-3 years of bottle age, and should evolve for two decades or more.
Posted by Paul Hayden at 12:11 AM No comments:

Brewed with Bananas and raisins..


Bananatana is brewed with a unique blend of bananas and golden sultana raisins. 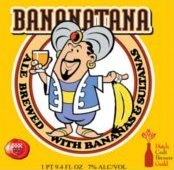 Drie Horne Bananatana....$9.99 / 750ml
While the thought of fruit in beer seems sacrilege to some real ale drinkers, brewer Sjef Groothuis has worked wonders with fresh fruit in his unique beers. He uses everything from bilberries to birch sap in his diverse collection of ales, and his focus is on natural ingredients and preserving traditional, diverse, flavors. Rest assured that his are not "fruit beers." They are beers that are brewed with fruit, which is a distinct difference; you'll find no syrups here. These beers are enhanced by the subtle aromas and textures of fruit with out the sugary sweetness found in other commercial drinks that claim to have a place in the beer world.

The Bananatana was commissioned by Bierlijn Nederland (www.bierlijn.com) because "There are simply not enough beers fermented with real fruit." And who better to brew a new one than Sjef? Bananatana is brewed with a unique blend of bananas and golden sultana raisins. Nothing artificial. Simply beer and fruit.
importer
Posted by Paul Hayden at 10:29 PM No comments:

made with pears and honey
also online 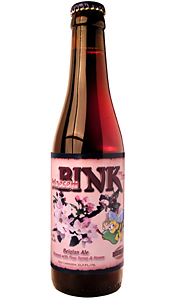 "Here’s the latest from the little farmhouse brewery that is vigorously campaigning for quality and integrity in Belgian brewing. Bloesem is a celebration of the harvest, made with locally grown pears and honey. It is mellower and slightly sweeter than the normal hoppy offerings from Kerkom.
The Kerkom Brewery is a family operation built into a rambling farmhouse surrounded by Belgium’s best cherry orchards. In the summer beer lovers from all over the country come to drink fresh beer in the courtyard in front of the brewery." - importer
Posted by Paul Hayden at 10:14 PM No comments: 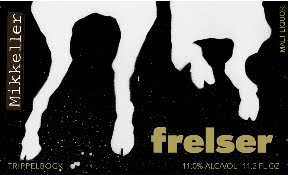 Our second release from To Øl

To Øl is a new brewery from two students of Mikkel of Mikkeller.
Order online now 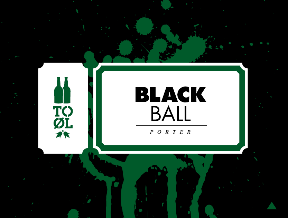 
Black Ball is a potent porter, boasted with dark cassonade sugar and a good heap of American hops to rebalance the edgy and full-flavoured malt profile. You will find notes of chocolate, caramel and sulphur. This result in a porter with a broad and delicate mouth feel, capable of a good kick and does not leave the mouth voluntarily.

Black IPA? No way! Hoppy Porters is here to stay!

For a perfect evening, Black Ball blends perfect with a Black Rocket from the Pivovar Matuška brewery and Mikkeller Black Hole (Royalties to Theis!)

Brewed at De Proef Brouwerij, Lochristi-Hijfte, Belgium
info from To Øl website
Posted by Paul Hayden at 9:48 PM No comments: