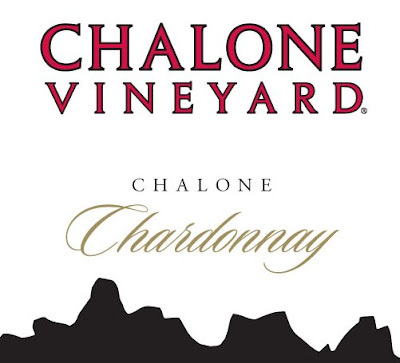 and floral scents. Tight and full-bodied, ending with a long, persistent finish. Drink now through 2012. 16,801 cases made. –JL

Posted by Paul Hayden at 7:44 AM No comments:

Founders is here and a hit! 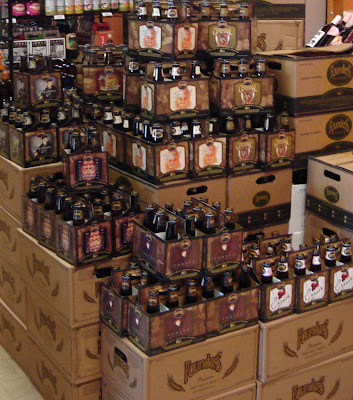 Do not miss the kick off party June 3 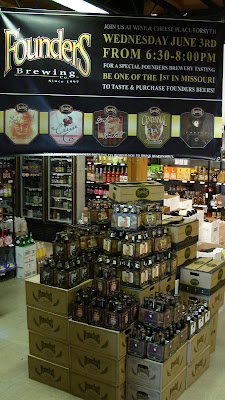 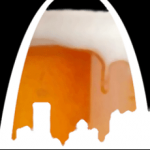 St. Louis Craft Beer Week is coming soon!
Click here to go to the website and see the full schedule

Here are our events for St. Louis Craft Beer Week:

.
.
June 5 -- Weekly Beer Tasting
Every Friday night at The Wine and Cheese Place in Clayton
4pm-6:30pm
Come in and taste the hottest and latest new releases each week. This Friday we will amp it up a bit to celebrate STL first Craft Beer Week! I will list the beers as we get closer.
We will taste for sure...
Moylans Hosickle Imperial IPA
Moylans IPA
Moylans Dry Stout
Moyalns Irish Red
Moylans Kilt Lifter
plus more..

.
.
June 6 -- Weekly Beer Tasting
Every Saturday at The Wine and Cheese Place in Rock Hill
1pm-4pm
Come in and taste the hottest and latest new releases each week. I will list the beers as we get closer.
Posted by Paul Hayden at 7:20 PM No comments:

Founders arriving tomorrow 5/29/09
We are told it will be arriving at our stores tomorrow--all 4 locations.
I will post as soon as they hit. (We will chill them down, because Jon and I will have to taste them immediately.)

Also we can special order kegs of Founders for you -- call 314-727-8788
or email me at paul@wineandcheeseplace.com for prices.
If I know by 4 pm today, I can have it tomorrow!
Posted by Paul Hayden at 2:14 PM No comments:

In stock now at all stores.
The newest from the Smokestack Series 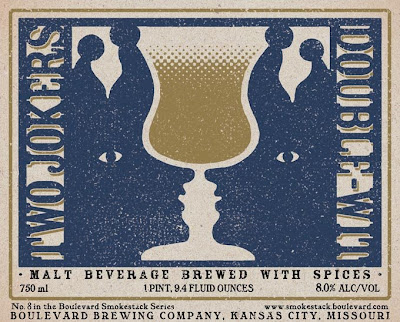 eces to its personality. On the one hand, it’s a revival of the classic Belgian “wit,” or “white” beer, a style dating back to the late 1800s. The use of lactic fermentation and ingredients like coriander and orange peel are hallmarks of the style, as are the cloudiness and the pale color that give the beer its name. On the other hand, it’s a modern, uniquely American specialty brew; big, flavorful, and spiced with cardamom, lavender, and grains of paradise. Two Jokers has a refreshing tartness, nicely balanced by a well rounded malt bill graced by notes of caramel. Belgian yeast brings floral aromas with hints of banana and clove, and a citrusy zing to the tongue. Two Jokers Double-Wit pairs well with the lighter fare of spring and summer, such as grilled fish or chicken, feta cheese, fresh garden salads, and fruit compotes. Look closely now: is it two jesters on the label, or a single beautiful glass of beer?" -- brewery 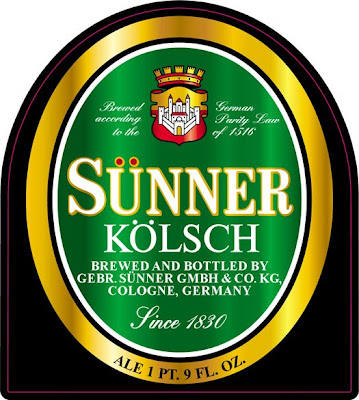 "A blend of malts gives Double Stout a character all of its own. Black malt enriches the colour and teases the palate with an unmistakable ‘toast’ flavour. Brown malt gives it the dryness." -- brewery

New package, now in 750 ml bottle, previously in pints
Mikkeller Jackie Brown....$12.99 / 750 ml
"Had it been Quentin Tarantinos heroine Jackie Brown, she would probably have said, »Shut your raggedy ass up,« and that would have been that. But this is Mikkellers Jackie Brown and it’s somewhat more mildly mannered. In fact this beautiful, brown beer’s characteristically; roasted malt taste nearly ends like chocolate on the tongue. And then it wouldn’t be a Mikkeller beer if it wasn’t well hopped. Here the green gold makes an otherwise dark beer surprisingly fresh and easy to drink." -- Mikkeller
Ingredients :Water, malt (pale, munich, cara-pils, cara-crystal, brown and chocolate), flaked oats, hops (nugget, simcoe and centennial) and ale yeast. 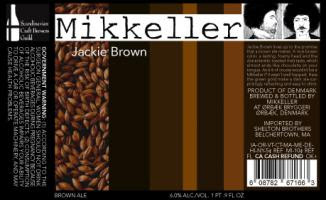 Posted by Paul Hayden at 8:11 PM No comments: 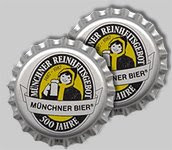 "Since 1328 on Augustiner beer had been brewed within the monastery of the Augustinian Brotherhood near the cathedral of Munich. After nearly 500 years of tradition, the secularization in 1803 and the following privatisation led to a privately owned company: Augustiner Bräu. In 1817 it moved to the Neuhauser Straße, the very same place where the renowned "Stammhaus" still stands today. In 1829 the Wagner family took over the company and eventually moved it to the "Kellerareal" at the Landsberger Straße in 1885." -- Brewery

Augustiner beers are beer specialities - brewed according to the strict stipulations of the Bavarian "Reinheitsgebot" (Purity Law) of 1516 - which fulfill the highest requirements. Exquisite quality has always been tradition at Augustiner, the oldest brewery of Munich." -- Brewery

"A bright export beer, sparkling and fresh at the same time, brewed with noblest raw materials. The high-class product of the old-Bavarian brewing art. A great treat for every beer expert.Ingredients: water, barley malt, hops ALC. 5.6% vol."
Posted by Paul Hayden at 7:49 PM No comments:

(Spring equinox) Maple scotch ale - 8% alc./vol.
"Équinoxe du Printemps (French for "spring equinox") is the quintessential marriage of two great traditions: beer brewing in Scotland, and maple syrup production in Quebec. At the first draught, the mouth is overcome by woody, malty flavours, sustained by a discrete touch of sweetness. The aftertaste brings about the flavours of maple, which are sufficiently present to be appreciated, but never overwhelming the typical flavours of a Scotch Ale.
Equinoxe du printemps is brewed only once a year in January. It is aged for two months in order to attain a perfect balance in taste. Then, it is sold starting March 21st, until stocks last." -- brewery

alc./vol.oz.)
"Strong brown ale inspired by the beer brewed by Belgian Trappist monks. Very little bitterness, this beer has intense malty and sweet flavours, mixed with the taste of chocolate and caramel. It presents complex red fruit and spice flavours due to the type of yeast that is used during the brewing process. This beer is at its best only after it has aged for six months. The Rigor Mortis are complex beers designed and brewed with patience and care in the tradition of the great Belgian Abbey beers.
Rigor Mortis Abt is brewed only once a year, and is sold in April until stocks last.
This beer won a gold medal (first place amongst 10 gold medal winners) at the adjudicated "MBeer" contest during the Mondial de la Bière in Montréal in 2006. Rigor Mortis Abt will become available starting on Monday May 18, 2009. As only one brew was made, it probably won't stay long on the shelves! It won't be brewed again before next year, so don't hesitate to make some reserve of it, mostly that this beer can easily withstand a few years of aging." -- brewery
Rated 98 percentile on Ratebeer.com

"Rigor Mortis ABT is one of the more admired representations of the style; it ranks in the top ten at RateBeer" -- www.beernews.org

Read about their other great beer we have in stock
Posted by Paul Hayden at 6:00 PM No comments:

Posted by Paul Hayden at 5:00 PM No comments:


First wine in a box, now Margaritas in a box.
Sauza Margarita in a box with tapper. Keep a box in the refrigerator all summer long and get a glass anytime. No hassle of mixing. Pre-made and ready to go. Contains about 15 margaritas in each box.

Posted by Paul Hayden at 5:24 PM No comments:

Beer Tasting!
Wednesday 5/27/09
5pm-7pm
Provisions Gourmet Market
11615 Olive Blvd
Creve Ceour, MO
314.989.0020
This week we are featuring the Sam Adams Longshot beers....
Double IPA -- "Pliny the Elder Clone"
Cranberry Wit
Traditional Bock
plus Ommegang's Witte
Provisions bought the rest of the Longshot, there are only a few cases left and then they are gone for good. If you have not tried them, this could be your last shot!

The Long Shot is sold out!

Clone. Russian River Brewing Company's Pliny the Elder is one of the most sought after DIPA (not available in Missouri). McDole's entry actually won last year, but because of the hop shortage it could not be produced in the volume needed until this year. Beer enthusiasts have been waiting for this beer for over a year now!

Here is the story from William Brand of What's on Tap:

"Clayton homebrewer clones Pliny, wins Sam Adams LongShot
Are you, like me, a fan of Pliny the Elder****, the huge hop and malt bomb created by Vinnie Cilurzo at Russian River Brewing in Santa Rosa? It won another gold medal earlier this month at the Great American Beer Festival. It's in short supply...this winter, you and I will have a chance to taste what is practically the same beer under the Samuel Adams LongShot label -- thanks to ace homebrewer Mike McDole of Clayton.....It will, apparently, be the first national release of a popular West Coast style known as a double or imperial India pale ale. Mike's beer is 9.6 percent ABV, 100 IBUs -- seven kinds of aromatic hops... McDole, a computer consultant who has been homebrewing for more than a decade, says quite bluntly that his beer is a clone of Pliny the Elder. It isn't Pliny, he said. But it almost is. The difference is McDole adds one more hop, Northern Brewer, early in the process and he uses a malt extract, often used by homebrewers. But otherwise, it's Pliny -- with its exquisite, multilayered mouth-feel. He explains that Cilurzo provided the recipe at a national American Homebrewers Association conference a couple of years ago. Mike says he won a big state contest last year, sponsored by the Maltose Falcons homebrew club in Southern California, with the same beer. He adds that he told Vinnie about his Sam Adams victory, who delivered the news to Boston Brewing founder Jim Koch that he had chosen a Pliny clone as a LongShot winner. One thing's certain: This is a beer that will sell out...He became a fan of Pliny, so, when Cilurzo released the recipe, he went for it. "I started making it and I started winning contests," he said. He's a popular guy around the area; when he goes to an event, a wedding, a party, he always brings a beer. Hey, Mike, you can come to my party. And, er, bring the Pliny clone, if you don't mind.
By the way, his recipe is posted at
http://www.maltosefalcons.com/recipes/20060504.php. More info on the DOZE
homebrew club can be found at http://www.clubdoze.com/.

check out these are rare new beer releases -- click here