We have chosen our next two bourbons and they just arrived 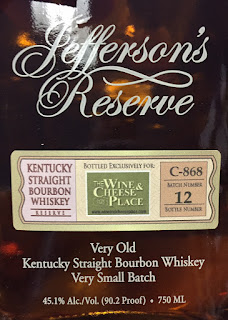 Jefferson Reserve / TWCP Kentucky Straight Bourbon Whiskey...$46.99
ABV: 45.1%
Batch # C-868
Jefferson's Reserve: The first bourbon released by Jefferson's, the Reserve is a complex, yet balanced combination of 3 different bourbons, including whiskey aged up to 20 years in American Oak. The result is a medium-weight bourbon with a dry, robust palate that fills with the mouth with flavors of roasted corn, caramel, toffee and oak. 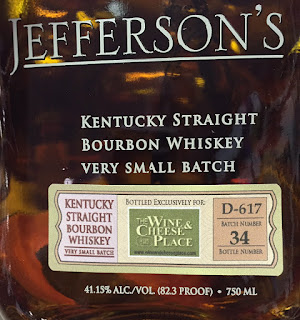 Jefferson's / TWCP Kentucky Straight Bourbon Whiskey...$29.99
ABV: 41.15%
Batch #D-617
Jefferson's Bourbon: Similar to the Reserve, Jefferson's is a marriage of a number of bourbons of different recipes and ages. Profiling younger than the Reserve, at 8-12 years of aging, Jefferson's still brings in large bourbon flavors to this relatively inexpensive offering . The flavors of vanilla, caramel and assorted fruits assure an incredibly smooth taste and finish. 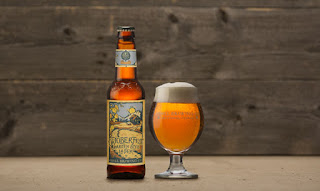 There’s plenty to celebrate when fall arrives in Colorado. The warm days grow shorter, the cool shadows grow longer, and the aspens put on their golden, grand finale. Brewed with biscuity sweet Munich malts and spicy, herbal noble hops, our Oktoberfest is a reminder to stop and enjoy the show.
Posted by Paul Hayden at 12:22 PM No comments: 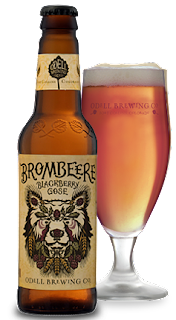 Odell Brewing Brombeere Blackberry Gose...$11.99 / 4pk
We love blackberries as much as the next bear. So we wondered: what if we used the sweetness of those berries to complement the saltiness of a German-style sour wheat beer? Our blackberry gose (GOES-uh) is a balance of tangy and sweet, and as crisp and lively as some of our favorite late summer evenings.
4.8%Alc. by Vol.
Posted by Paul Hayden at 12:07 PM No comments:

Odell Myrcenary Double IPA...$13.99 / 6 pack cans
"Named for Myrcene, a component of essential oils in the hop flower, Myrcenary Double IPA is our tribute to those who revere the illustrious hop, and their unyielding exploit to craft hop forward beers. Brewed with a blend of hops containing the highest levels of Myrcene, this double IPA prevails with a tropical fruit-like flavor, a pungent floral aroma, and a clean getaway." -- label 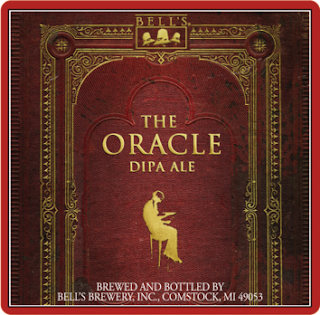 Bells Oracle Double IPA..$15.99 / 6 pack
Our take on the West Coast-style Double India Pale Ale, The Oracle places hop intensity first & foremost, making only the slightest concession to malt & balance. The fireworks start with the aromatic punch of dry-hop sessions with hop varieties from the Pacific Northwest. Resinous, citrusy hop flavors mixed with aggressive bitterness from a massive kettle addition deliver on that aromatic promise.
Posted by Paul Hayden at 11:51 AM No comments: