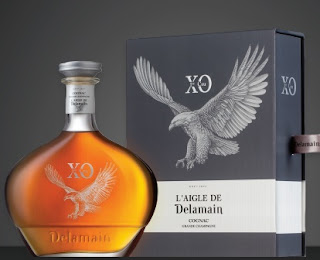 L'Aigle Delamain Cognac XO....$149.99
we are the lowest price on Wine-Searcher
The Cognac is coming from “La Grande Champagne”, the 1st growth and best of the Cognac area. The L’Aigle Cognac is an XO, older than Delamain‘s famous Pale & Dry. The blend is a classic Delamain style – one that combines elegance and complexity with a hint of boldness. The original “Eagle Cognac” was created a century ago by Jacques and Robert Delamain. Renowned artist Leonetto Cappiello was commissioned to design the label and a poster that has since become a classic.
Posted by Paul Hayden at 11:40 AM No comments:


Plus we will through a few other random beers out too.

Plus we will be tasting these brandies also...
Posted by Paul Hayden at 1:02 PM No comments:

BRC emails will go out tomorrow on this one.. 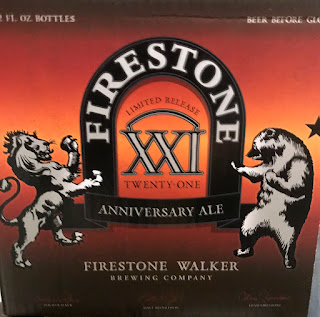 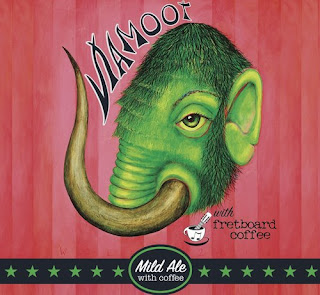 Logboat Coffee Mamoot...$5.99 / 4pk cans
English Mild Ale with Coffee
4% ABV
10 IBU
Mamoot is the brown ale's laid back brother. BUT...with the addition of GROUND CONTROL coffee beans (our own blend) roasted by our good friends down the street at Fretboard Coffee, the perfect breakfast beer! Subtle notes of blackberry jam, coffee and bittersweet cocoa add to the toasty finish. This brew is mahogany colored and full flavored, despite the relatively light abv.
Posted by Paul Hayden at 11:37 AM No comments:

4 Hands Plush - New Year Beer...$6.99
Plush is a saison brewed with grape in celebration of the New Year. This light and effervescent beer is dry-hopped with Nelson Sauvin which contributes a delicate white wine fruitiness. Plush pours straw in color with a firm white head.
Posted by Paul Hayden at 11:35 AM No comments:

BRC emails just sent on these

WISH LIST
You will receive email confirmations tomorrow early AM if your name is drawn. You can request up to 2 bottles.
If you are in our Beer Reward Club (as of 12/13/17) and you have not received a bottle of Side Project 35th, sign up for the wish list now. We are mixing it up again....
Please read carefully---
click here to sign up for the raffle 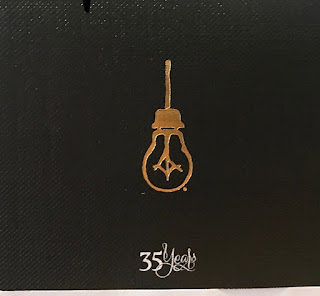 Our next 35th Anniversary Release!
We are excited and thankful for this release for our friends at Side Project

This is a one off beer for sure.  The chance we will see another sherry barrel is slim.


Side Project just said they just bottled our next 35th Anniversary beer - and its called "35 Years".   We supplied local distillery,Still 630, with a Pedro Ximenez Sherry Barrel and they aged their Rally Point Rye in the barrel (see whiskey below).  After the whiskey was bottled,  the barrel went to Side Project and they filled it with beer!  And soon we will see "35 Years".   This will go through the BRC.


This is the whiskey that was in the barrel before the beer.... 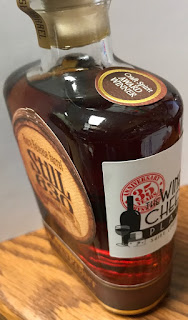 You can still order the Whiskey online now

And the hits keep coming!
Last week we offered the 94 Point 2015 Antica Chardonnay at and amazing price, this week we are pulling out all the stops on the 2013 Antica Cabernet. Only 25--6 packs are available and this will not last long.

A beautifully elegant, stylish Cabernet Sauvignon from the Antinori outpost in Napa Valley, their 2013 has a dense ruby/purple color, a beautiful, sweet kiss of pure blackcurrant fruit, licorice and forest floor. Full-bodied, but with creamy texture, sweet, beautifully integrated acidity, tannin and alcohol, this is an impressively well-crafted wine that’s drinkable now, but should evolve nicely for another 15-20 years.
Rated 94/100 Robert Parker, The Wine Advocate
Posted by Paul Hayden at 11:46 AM No comments:

Done for the year!
Thank you!

Many have asked - next year's raffle will start with purchases from December 10, 2016 until next year's release, assuming around the same time (subject to change)

Remember, it is a weighted raffle.
Below is the list of Bourbon that will be in the raffle.  The raffle is for a chance to purchase one of these bottles. 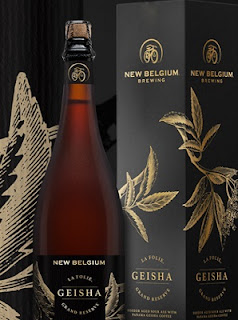 Press release...The loftiest sour beer ever crafted at New Belgium
When the country’s most award-winning sour beer program meets the world’s most exclusive coffee bean, the result is a magical sensory experience unlike anything around

On a normal day, the air in New Belgium’s sprawling wood cellar carries hints of dark, earthy fruit—a delightful aroma for passers-by. But on a particular Friday this past October, those strolling through the cellar were met with a slightly different scent: a delicate, citrusy tea-like aroma courtesy of the world’s most exclusive coffee bean, shipped all the way in from Panama.

“Having this bean available is pretty amazing,” says Limbach. “It’s the bean that sparked people to rethink coffee, which feels so incredibly relevant to us as craft brewers, so it’s really close to my heart.”


For the uninitiated, the Geisha coffee bean originated in the town of Gesha, Ethiopia, but became internationally famous after it was imported to Panama and produced by Hacienda La Esmerelda. The family-run coffee growers submitted the bean—unique for its citrusy, floral aromatics—into the Best of Panama Auction in 2004, where it won first place. It then went on to win first place five more times between 2005 and 2010, firmly establishing it as the pinnacle bean in the coffee world.


At New Belgium, the Geisha bean provided an interesting challenge: Marrying the bean’s delicate aromatics with the bold character of sour Oscar, the base beer that’s blended into award-winning La Folie Sour Brown Ale. To do so, Fort Collins-based Troubadour Maltings provided malt varieties to brew a special “smuggler” beer—named for the “smuggling in” of essential oils to help promote foam retention in the finished product—which lends rich concord grape character to the final blend, bridging the gap between the fruity, funky notes of Oscar and the delicate, citrusy tea-like notes of the bean.


The result is an exquisite sour beer that leads with the character of the bean, a feat that came with its fair share of anxiety.

“There’s this apprehension to do right by Geisha,” says Limbach. “I’ve thought more about this beer than any beer I’ve made in my life. Not just because of the expense of the coffee, but because we’re attempting to put something that doesn’t have the classic coffee aroma—floral, tea, notes of citrus and stone fruit—into a coffee beer.

Geisha will release Friday, Nov. 3, at our Fort Collins and Asheville breweries at $48 for a 750 mL bottle. It will be available at select retailers nationwide starting mid-November.
Posted by Paul Hayden at 12:24 PM No comments: 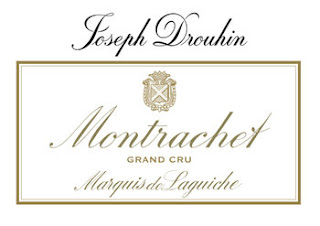 2014 Joseph Drouhin Montrachet Marquis de Laguiche Grand Cru....$599.99
(available in OWC 6 pack cases)
Firm reduction completely dominates the nose at present. On the plus side there is excellent concentration to the beautifully well-delineated broad-shouldered flavors that possess a wonderfully refined mouth feel while delivering huge length on the impeccably well-balanced finale. As Drouhin's Montrachet often is, this is a wine of refinement and grace and while it is by no means lacks power or punch, it is much like the Corton-Charlemagne in that it is sleek and classy with a sneaky long finish.
Rated 93-96/100 Allen Meadows, Burghound
Posted by Paul Hayden at 9:07 AM No comments: 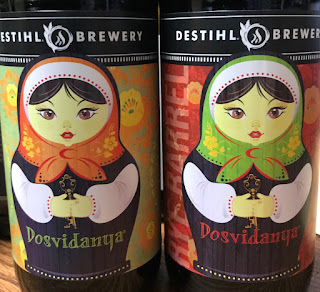 Posted by Paul Hayden at 1:01 PM No comments: