Join us for this open house tasting - invite your friends.
Tell them on Facebook about it and share it

MATT FREERKS
SALES MANAGER
With nearly two decades in the food and beverage industry, Matt Freerks came to Westland Distillery in 2014 after nearly seven years working for national wine and spirits distribution companies. A Washington State native, Matt joined Westland after his first taste of American Oak, considering it to be the most interesting whiskey being made in America. In his current role, Matt now plays a major role in building America’s first great single malt whiskey brand. He possesses a unique ability to teach people of all levels about whiskey in an engaging, informative and ultimately meaningful way. As sales manager, he believes there’s no better way to promote the brand and its ideals than meeting people in person and frequently plays host to in-market dinners, tastings and all gatherings where the finest whiskies are poured. Matt is an avid food and beverage enthusiast, spending his free time cooking, designing cocktails and enjoying time with his family and friends. 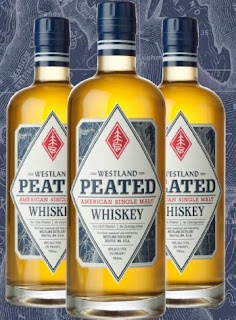 Westland American Single Malt Whiskey Peated...$59.99
PEATED MALT
This peated whiskey is a bottling of two separate New Make spirits brought together after maturation. The first is made from a mash of peated malt, among the smokiest found in the new world. The second, from a mash of 100% Washington grown pale malt. When combined we create a single malt whiskey that encompasses a wide spectrum of peaty and smoky flavors without overwhelming the palate. The peat character is sturdy enough to satisfy the cravings of those looking for a solid dose of smoke, while the pale malt contributes grainy and fruity notes that unify the whiskey. Westland’s Peated Malt is filled into a variety of oak, including 1st-fill ex-Bourbon and ex-Sherry casks, encouraging a controlled and even maturation. The result is a multi-dimensional yet balanced peated single malt whiskey.
FLAVOR PROFILE NOTES
The nose starts off with crunchy peanut butter, smoldering campfire and honey on a biscuit. The smoke from the campfire leaps out on the initial palate along with pistachio, almond and oloroso sherry. With time, the campfire transitions into smoldering earth and leather on the nose. Over the course of the tasting, the palate moves into dark, earthy herbs and spices. Peat iodine, anise, bing cherry and peanut butter remain on the finish. 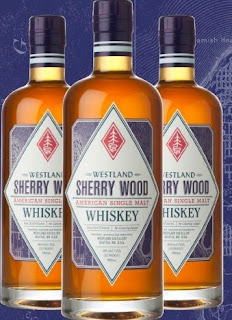 Westland American Single Malt Whiskey Sherry Wood...$59.99
SHERRY WOOD
Our Sherry Wood single malt whiskey is a story of return. We mature this whiskey in casks that began their lives in the deep forests of the American South before making a long journey across the ocean and back again. It was in Spain where the oak was first bent into staves for casks that would hold Pedro Ximénez and Oloroso sherry for nearly a century. Once emptied, they were given new life and purpose in the skilled hands of Rafael Cabello and his team at Tonelería del Sur in Montilla, Spain. Our long-standing partnership with his family-owned cooperage provides us with one of the largest supplies of sherry casks in the new world—casks that lend the whiskey a decadence that intensifies both the malt and fruit notes indicative of our house style.
FLAVOR PROFILE NOTES
Soft pancakes with maple syrup leads on the nose, closely followed by oatmeal raisin cookies and a selection of stewed yellow and green fruits. The palate adds some grapefruit to the pancake breakfast while the oatmeal raisin cookies begin to share the plate with some gingersnap cookies. With time in the glass, dried mango and star fruit emerge with a touch of kiwi to round things off. 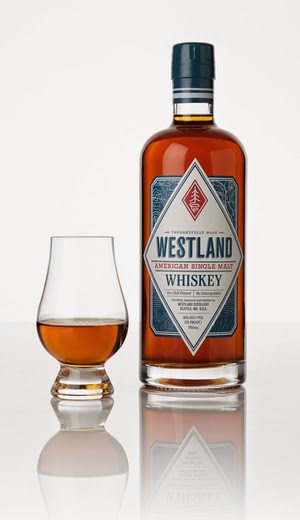 With a base of pale barley malt grown in Washington State, Westland American Single Malt Whiskey is produced from a grain bill comprised of five different roasted and kilned malts. Inspired by the craft-brewing culture of the region, specialty malts are then added to impart notes of chocolate, nuts, cookies, pastries, mocha, caramel and raisins. A Belgian brewer’s yeast further enhances flavor development – creating fruity esters during fermentation. Finally, the whiskey is matured in the finest new American oak casks to round out the flavor profile with hints of vanilla, caramel and coconut.

“Every whiskey at Westland Distillery is underscored by our house style – a sweetness and ease on the palate accompanied by a fruity and complex but ultimately grain-focused finish worthy of its place in this new world,” says Matt Hoffman, master distiller at Westland, which produces 1,500 casks of the American Single Malt Whiskey annually.

TASTING NOTES
The initial nose is awash in cherry cake and graham cracker. But shortly after, a rich creaminess emerges with creme brûlée and chocolate custard while a hint of jasmine hides just beneath the surface. The first sip confirms the creamy and rich, mouth-coating cherry cake notes on the nose. After five minutes the nose begins to reveal melting Toblerone chocolates, almonds and a touch of smoky pine. Waffle cone joins the group along with Rainier cherries after a water addition. Extended tastings bring out white chocolate, Turkish coffee (with cardamom), bananas flambé and decadent cream.
You can order bottles online also