In stock now from Toppling Goliath 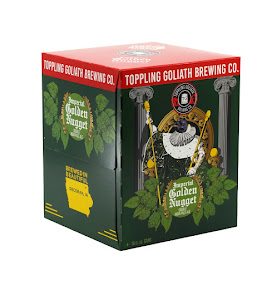 Toppling Goliath Imperial Golden Nugget....$17.99 /4pk 16oz cans
He rules the land with golden plated iron fists, and has but one demand - create the greatest beer in the land. Following the prized recipes of yore, he discovers his holy grale - the golden nugget. 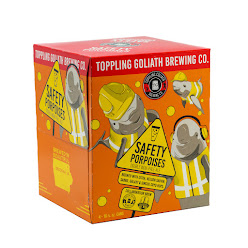 Toppling Goliath Safety Porpoises Double IPA...$17.99 /4pk 16oz cans
Brewed with Citra, Nelson Sauvin, Sabro, Galaxy and Simcoe Cryo Hops
In the Upper Midwest, they say the only two seasons are Winter and Road Construction. When the opportunity presented itself to combine copious amounts of all the stickiest, haze inducing, oil-laden hops we could find with our buddies at Black Stack, we dove right in and strapped on all our PPE because, ya know, safety porpoises. 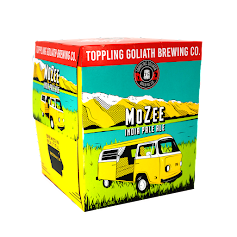 Toppling Goliath MoZee IPA...$12.99 / 4pk 16oz cans
MoZee down a new path enjoying an exciting IPA that combines the grapefruit, kiwi & Sauvignon Blanc grape notes of the Nelson Sauvin hops with hints of mango & pineapple from the Mosaic hops. These hops were meant for each other & this beer is meant for you.