We have 12 bottles of Codigo autographed by superstar
BRETT HULL!
They will be released
Saturday January 25 -- 12pm-3pm during our tasting! 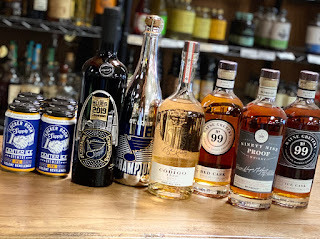 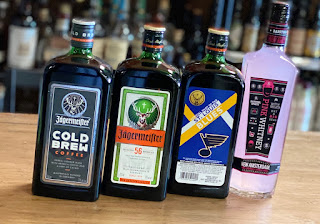 Codigo Rosa / TWCP / Brett Hull Single Barrel Championship Rosa...$57.99
Special Collector Edition!
Código 1530 Rosa begins with the purity of our Blanco, then rested for 1 month in an uncharred Napa Cabernet French White Oak barrel. The result is a refined spirit with a natural color as beautiful as its taste. Our Rosa has rested just long enough in our fine cabernet barrels to enrich the natural agave juice, yet not too long to prevent overpowering its delicate floral notes.

Wayne Gretzky No. 99 Canadian Whisky...$29.99
Whisky made the Canadian way – locally sourced grains are individually distilled, matured and blended, then finished in red wine casks from our Wayne Gretzky winery.

Wayne Gretzky No. 99 Canadian Whisky 99 Proof...$69.99
The most premium of whiskies, 99 proof is a whisky to sip neat or with a drop of water. Our local grains are individually mashed, distilled and aged in 100% American Oak barrel, and finished for more than 100 days in Cabernet Sauvignon barrels from Wayne Gretzky Winery. Each barrel is hand selected by our Master Distiller for the quality of the spirit, and finished in our rickhouse.

Wayne Gretzky No. 99 Canadian Whisky Ice Cask...$44.99
This rich, inviting whisky is barrel aged according to Canadian tradition and finished with Wayne Gretzky Ice Wine Casks. It opens with a nose of English Toffee and dark chocolate with hints of clove and spice. Subtle sweetness imparted by the double maturation and Icewine casks works in harmony with the rye spice. The finish is long, lasting and complex.


If you are heading down, come taste and take the metrolink down in our parking lot!