Only a hand full of cases came into the state. 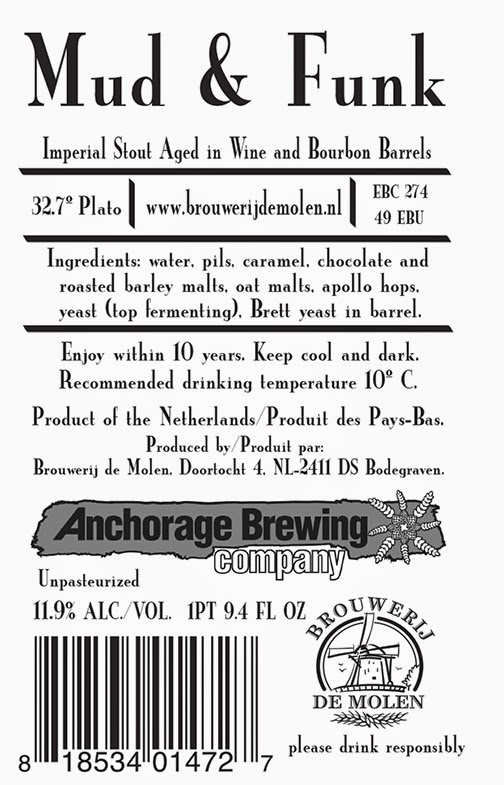 Gabe Fletcher (Anchorage Brewing Co.) and Menno Olivier (De Molen) met up in Bodegraven to brew what became Mud & Funk. The beer started off as an Oatmeal Imperial Stout. It was then aged in a mixture of bourbon and wine barrels and a brett culture and allowed to take its time to mature.
Posted by Paul Hayden at 3:48 PM