This is going to be an amazing tasting!!!
It is not here yet, but we have selected our own barrel of Rye and Bourbon!
You will be able to taste our single barrels we selected too!! 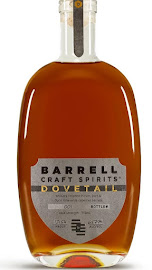 Stellum and Barrel Craft Tasting!
Open House Tasting with Barrell Craft Spirits
With Brian Heese
Tonight-  Wednesday, September 21st
4:30 to 6:30pm
At the (In)Famous Bar
Inside the Wine and Cheese Place in Clayton

Brian Heese, Brand Development Manager
Brian Heese joined Barrell Craft Spirits as a Brand Development Manager in September 2021, covering the state of Michigan. He has since relocated to New York City to continue his good work on Barrell in the Big Apple. Before Barrell, Brian most recently worked on and off premise at Rabbit Hole Distillery as a National Brand Ambassador; focused primarily on selling in Michigan and a few other markets. Previously, Brian worked as a Beverage Director for a luxury and fine dining hotel/restaurant in Omaha, Nebraska.
When Brian isn’t selling whiskey, he’s very competitive when it comes to Chicago sports. He loves the Cubs, Bears, and Bulls.
order Barrell online
order Stellum online
Posted by Paul Hayden at 1:05 PM