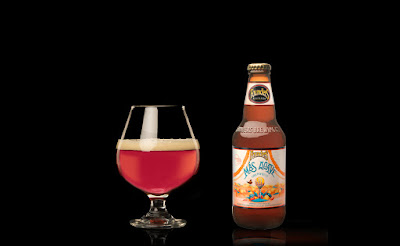 Founders Brewing Barrel Aged Mas Agave Classic Lime...$13.99 / 4pk
BARREL-AGED IMPERIAL LIME GOSE
We love cocktails. Like, really love them. If you ask us, few are more refreshing than the tart and tangy margarita and our latest barrel-aged beer pays tribute to that perennial classic. We took an imperial gose brewed with agave, lime and sea salt and then aged it in tequila barrels for just the right amount of kick. Consider it a party in a bottle. Más Agave!
Founders Brewing Barrel Aged Mas Agave GRAPEFRUIT...$13.99 / 4pk
BARREL-AGED IMPERIAL GRAPEFRUIT GOSE
The cocktail inspiration lives on. Our imperial gose is brewed with agave and sea salt before being aged in tequila barrels. But it doesn’t end there. Once it’s pulled from the barrels, it gets a dose of fresh grapefruit juice to ramp up the tanginess and to pay homage to our other favorite tequila-based cocktail, the Paloma. Sweet, salty, and mouth-puckeringly delicious. ¡Más Agave… Grapefruit!
Posted by Paul Hayden at 8:42 AM