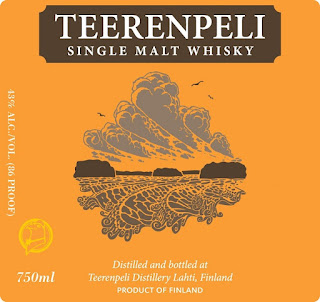 These are SINGLE BARRELS, one of kind, never to be made again.

Teerenpeli Single Malt Whisky 12 Year Old...$79.99
was $139.99
Single Barrel
Only 63 bottles made for the world
Family owned Teerenpeli Distillery was established in 2002. Before that Teerenpeli had experience in post maturating products in smaller casks imported from Scotland. Today the distillery is the biggest distillery in Finland, producing over 100,000 litres of new spirit per year. Traditional pot still distilling equipment, purchased from Scotland, is used.