BRC Emails sent out.  Thank you

Can you believe we are getting some Shared Brewing Barrel Aged Coconut Vibes from Side Project Brewing!

A huge, huge thank you to Cory, Karen and family!
Apparently one of our barrels we gave to Side Project a few years back made it in the blend.  It was a Weller single barrel.  So Side Project was generous to give us some of the final blend.  We have 180 bottles coming in the next week or so (this is not a single barrel, it is the same beer released at the brewery, the barrel we supplied was used in part of the blend) 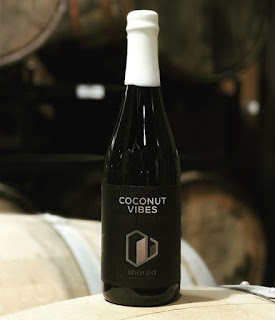 Release details....Just a few days away!
Will be released Monday, February 25th, so that emails can go out on Sunday the 24th.
We will have some other Side Project news throughout the year, but right nothing is set in stone and we are sworn to secrecy.  Trust me, we will post info as soon as we can.

Here is the plan, to try to be as fair as possible to our supporters....BA Coconut Vibes Release....

Release date and details subject to change if there is a need or a conflict.