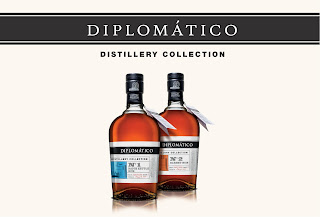 A variety of distillates, with their distinctive aromas and taste profiles, characterizes Diplomático rums and allows the Maestros Roneros to create one-of-a-kind blends. The Distillery Collection, on the other hand, offers rum aficionados the opportunity to discover these single distillates in their purest form, featuring each rum’s individual personality.

A Batch Kettle still was brought to Diplomático’s distillery in 1959. This semi-artisanal batch distillation method was originally employed in Canada for the production of American whisky. The distillate is made from sugar cane honeys, and is aged in American white oak barrels, resulting in a delicious medium-body and complex rum.

The Barbet Column distillation system, originally created in France was also brought to the distillery in Venezuela the same year, 1959. The Barbet column is made of 100% copper, a type of metal that enables the elimination of undesirable sulphur compounds which form in the fermentation process. Aged in American white oak barrels and using high quality sugar cane molasses, the Barbet Column system produces a distillate with a strong fruity profile.

“While the Diplomático brand name has become familiar to lovers of fine dark spirits, few are aware of the history of the company behind the brand, Destilerías Unidas S.A. (DUSA). DUSA’s distillery was originally created in 1959 by local rum producers and Seagram’s International Ltd., at that time the largest distiller of alcoholic beverages in the world. We recognize that the rich distillation heritage left by Seagram’s is at the heart of Diplomático’s elaboration process today,” said José Rafael Ballesteros, Diplomático’s Chief Executive Officer. “We are excited that the Distillery Collection gives rum lovers the chance to explore the history and distillation know-how of Diplomático, and what goes in to making our rums so special.”

Given the unique sensorial profiles of these individual expressions, it is recommended to savour them neat.
Posted by Paul Hayden at 1:42 PM