HERITAGE & ‘L.L.’ MARK
Kinahan’s was founded in 1779 on Trinity Street, Dublin. In 1807 Kinahan’s attracted the attention of Lord Lieutenant of Ireland, so much so that he ordered for the whiskey to be kept exclusively for himself. This resulted in each cask being marked ‘L.L.’ (Lord Lieutenant).


THE FIRST LEGALLY PROTECTED WHISKEY BRAND IN THE WORLD
In 1863 the Court of Dublin awarded Kinahan’s L.L. whiskey with legal protection against other Irish producers who were trying to invade the brand. This event is recorded in the Dublin archives, precedenting the first protection of a whiskey trademark in history


THE CHOICE OF JERRY THOMAS
By the mid 19th Century Kinahan’s L.L. whiskey came to the attention of many American connoisseurs, including Jerry Thomas, “the father of American mixology”. Kinahan’s L.L. is known to have been the whiskey of choice for Jerry Thomas since 1862. 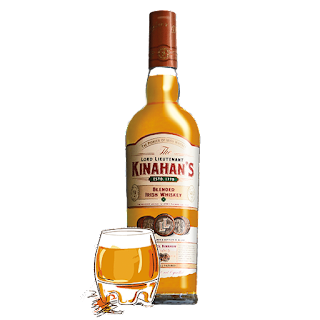 Kinahan's Small Batch Blended Irish Whiskey...$25.99
Compare to Total Wine and More at $39.99
Lord Lieutenant "L.L."
We handcraft our Blended Irish Whiskey by carefully maturing it in the finest oak casks for a minimum of six years. The matured whiskey is then skillfully blended to deliver the smooth taste profile that is unique to a forgotten Irish Whiskey of ‘L.L.’ flavour. 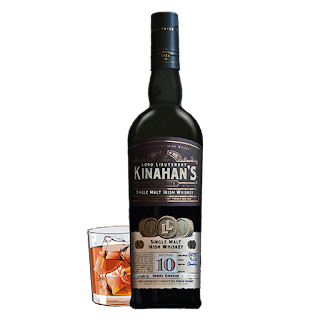 Kinahan's Single Malt Irish Whiskey 10 Year Old...$43.99
Compare to Total Wine and More at $59.99
Lord Lieutenant "L.L."
LIMITED EDITION
Our Single Malt Irish Whiskey has been matured exclusively in ex-bourbon barrels for at least 10 years. Our Malt Master carefully samples the aged whiskey, cask by cask. He will only select single malt which overlays the original mellow, rich and full flavoured character that is unique to a forgotten Irish Whiskey of ‘L.L.’ flavour.
Posted by Paul Hayden at 8:37 AM