Back in stock now and online! 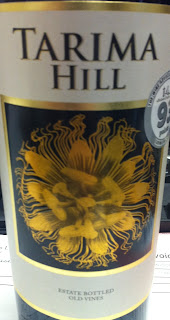 2010  Tarima Hill Monastrell Old Vines...$13.99
The opaque purple-colored 2010 Tarima Hill exhibits notes of chocolate fudge, pen ink, graphite, blueberries and blackberries. This full-bodied, 100% Monastrell should drink well for a decade or more. These amazing efforts taste more like they should cost $30 to $50 as opposed to the mid-teens.
Bodega Volver, a joint project between Rafael Canizares and Jorge Ordonez, produces wines from three appellations, La Mancha, Alicante and Jumilla. Readers will need to take note of the nearly identical cuvees, some of which are made from organic grapes and others from non-organic grapes. That information is clearly marked on the labels. Slightly more expensive are the 2010 and 2009 Tarima Hill. These cuvees come from the winery’s oldest vines (20 acres of ungrafted vines that were planted in 1935) planted on the highest elevations.