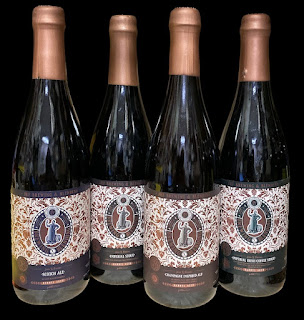 John R. Ferrara Brewing & Blending, our new line of barrel aged beers.
Named for a great friend of the brewery, John passed away in 2019 following a battle with cancer. John was instrumental not only in helping open Center Ice Brewery but is still today. His son Jack is our assistant brewer and helped make these beers.

Every beer released under the John R. Ferrara name will be aged in barrels, with a special focus on high gravity beers. Our head brewer, Jim Wells, pushed the limits of our brew system and sought out new methods.
John’s dream was to see us make barrel aged beer. We’re humbled to finally complete that wish and share it with you
In loving memory of John R. Ferrara