Spirits of Mexico tasting this Friday 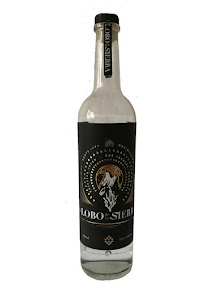 Open House Tasting
The "other" Spirits of Mexico tasting this Friday
This Friday, 4/29 from 5-6:30pm

Juerte Destilado de Pulque….$37.99
Destilado de Pulque, also historically referred to as Mezcal de Pulque, dates back to the early days of the Spanish colonial era and of distilled spirits in Mexico. Pulque is the pre-Colonial agave-based drink that is made by fermenting the agave sap (known in Mexico as aguamiel)
Juerte Destilado de Pulque is made by fermenting the aguamiel (agave sap) of the maguey pulquero (agave Salmiana) and then distilling it. When the Salmiana reaches maturity, a large hole is carved into the top of the piña. The plant’s natural reaction is to secrete its aguamiel into the hole. Once the aguamiel is removed, the inside of the hole is scraped with a metal scraper to agitate the plant into secreting more aguamiel. An agave can produce up to 10 liters of aguamiel per day. The aguamiel is then fermented for about a week, with a small amount of pulque madre (pulque left over from a previous batch) to kick off fermentation. Once fermented, the aguemiel is single distilled in a stainless steel still.

Derrumbes Mezcal San Luis Potosi…$35.99
From Oaxaca to Michoacan and beyond, Derrumbes bottles many varieties of mezcal that are made using different agave and production methods. They have spirits from different states in Mexico, and they bottle some very small producers that are not available elsewhere.

Lobo de La Sierra Rencilla Maximilliana Raicilla…$74.99
This Raicilla is made with agave Maximiliana that are cooked in a masonry bread-like oven, mechanically shredded, and distilled in a still made of steel and old jars. The annual production of this is very low due to limited agave supply. Coming from the state of Jalisco, this is really unique

La Higuera Sotol Wheeleri….$31.99
Sotol La Higuera Leiophyllum is produced in Aldama, Chihuahua by Master Sotolero Gerardo Ruelas. The sotol plants are cooked in an outdoor conical oven and then milled by hand with axes. The fibers are naturally fermented with wild yeasts in 1,000-liter pine vats before being double distilled in copper alembic stills. The Wheeleri has a rounded balance of smoke herbs and fruit. The nose is more herbal with hints of smoke. The palate shows more of the herbs with hints of pineapple. 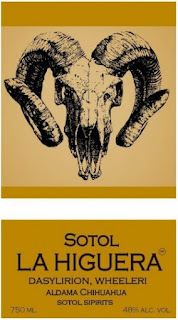