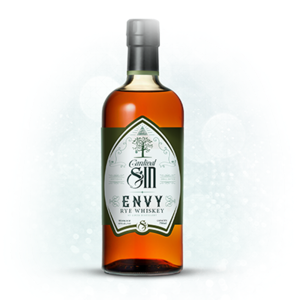 1st Edition
Cardinal Sin Envy Rye Whiskey....$37.99
Made from a mash bill of 70% Rye and then aged for not less than one year in patented "Time-Machine" oak barrels, Cardinal Sin ENVY Rye Whiskey has a full-bodied spicy character such that instantly know you are enjoying a premium rye whiskey, yet has a smooth sweet finish allowing you to enjoy it neat, on the rocks, or in the best Manhattan ever! It truly is "The Best Stuff"! 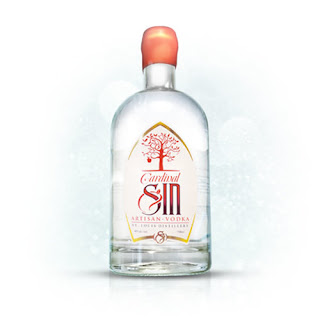 Cardinal Sin Astisan Vodka...$25.99
Unique, Extremely Smooth and a Delightful, Hinted Finish
Cardinal Sin pushes the envelope of craft distilling. The result is a world-class vodka that maintains its ingredient profile. Our toasted two-row barley contributes to the sweet finish and interesting range of flavors that work well in cocktails or by itself.

More info about St. Louis Distillery
We founded St. Louis Distillery to push the envelope of artisan distilling with the intent to produce absolutely smooth, ultra-pure vodkas. Hand crafted in the heart of the Midwest, the distillers of Cardinal Sin Vodka and Cardinal Sin Starka have gone to great lengths choosing the finest ingredients, and creating a one-of-a-kind distillation process to craft the most flavorful vodka you’ve ever tasted. Our Cardinal Sin Starka is the first barrel-aged Starka vodka released in the United States. You won’t believe how smooth this amber spirit is!

More recently, after aging in artisan crafted charred-oak barrels, our initial whiskies are being released. With a goal of releasing seven Original Sin Whiskies, we first released our Cardinal Sin ENVY Rye Whiskey. A Rye Whiskey with the characteristic rye grain “bite” followed by a sweet finish. Cardinal Sin PRIDE American Single Malt Whiskey was released this past year and offers an incredibly smooth unpeated spirit distilled from malted barley. Most recently, our Cardinal Sin WRATH Cinnamon & Chil Pepper Whiskey has been released. Each bottle is unique with its own cinnamon stick and red chili pepper.
Posted by Paul Hayden at 6:54 AM