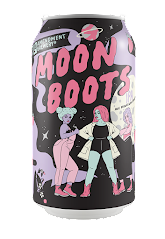 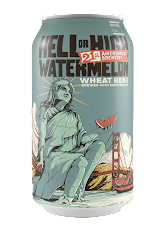 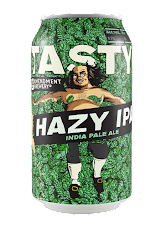 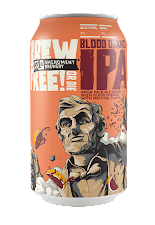 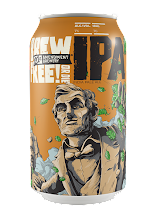 21st Amendment Moon Boots IPA...$11.99 / 6pk cans
IPA brewed with Strawberries
ALC./VOL. 6.5%
Man may have been the first to step on the moon, but women will be the first to brew on the moon. The Venus Chapter of the Pink Boots Society is proud to announce “Moon Boots Third Rock Distribution.” With Nova, Nebula and Gamma leading the way for a new revolution in beer. This beer is off this planet with aromatic hops and refreshing strawberry notes
making this a beer for star gazers…

• Benefiting the Pink Boots Society, promoting women in brewing
• Clean and crisp IPA brewed with Pilsner Malts, Toasted Rice, and Strawberries
• Hopped with Citra Cryo, Azacca, Mosaic hops
21st Amendment Hell or High Watermelon...$9.99 / 6pk cans
Wheat Beer brewed with Watermelons
ALC./VOL.  4.9%
Like Lady Liberty, we stand for independence and perseverance. In the pursuit of innovative beer, there is no obstacle too great. No journey too long. No fruit too gigantic. This American wheat beer is brewed with real watermelon, for a flavor that’s surprisingly crisp, dry and refreshing—it’s summer in a can!
Hell or High Watermelon Wheat is our summer seasonal beer available from April through September in six pack cans and on draft. We start by brewing a classic American wheat beer, then add fresh melons for a straw-colored, delicious beer with a kiss of watermelon aroma and flavor.
Pairs with: fresh shucked oysters, veggie or fruit salads, seafood and sunny summer days
Pairs BEST with: a watermelon wedge and a seat behind home plate
21st Amendment Brew Free! or Die Blood Orange IPA...$9.99 / 6pk cans
India Pale Ale brewed with Blood Oranges
7%ALC./VOL.
Four hop varieties and seven blood oranges ago, our founders brought forth into this brewery a new beer, conceived in Liberty, and dedicated to the proposition that not all IPAs are created equal. Because sometimes real fruit just makes things even more delicious.
Brewed like our original Brew Free! or Die IPA, this beer has an abundance of fresh blood orange puree and a twist of citrusy dry hops. It's refreshingly different. As Abe would say, “Whatever you are, be a good one.”
21st Amendment Brew Free! or Die IPA...$9.99 / 6k cans
India Pale Ale
7%ALC./VOL.
Like Abe, we believe in freedom. Freedom from the notion that IPAs should only assail you with bitterness. And from the idea that a big, balanced, hoppy beer can’t possibly come in a can. We believe that those who have tasted freedom shall forever brew free. 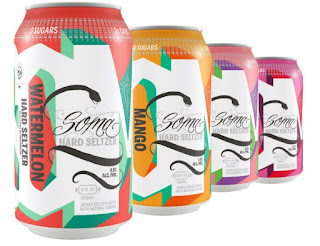