Inspired by the trailblazing women of the past and created to ignite new paths forward, we raise our glasses of EMBRAZEN wine to a future where women revel in doing things on their own terms and in their own way. 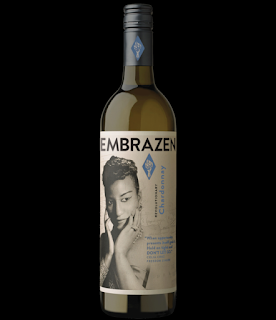 CELIA CRUZ
FREEDOM SINGER (1925-2003)
In an industry previously dominated by men, Celia achieved 23 best selling gold albums and was the most successful Latin artist of the 20th century. Celia took her love of Cuba global with flamboyant costumes and larger than life performances blazing trails well into her later years. As she danced across the stage at the age of 76 to receive her second of three Grammys, she proved you’re never too old to revel in the spotlight.
"When opportunity presents itself, grab it. Hold on tight and DON'T LET GO." 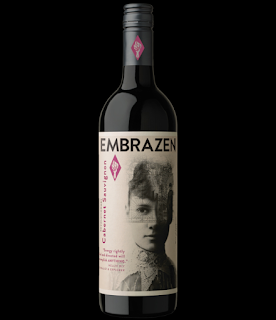 NELLIE BLY
JOURNALIST & EXPLORER (1864-1922)
Nellie Bly shattered expectations for women in the newsroom. As one of the first female journalists to go undercover, she posed as a patient in an insane asylum, braving abuse and torture to expose the dark truth behind the padded walls and sparking nationwide mental healthcare reform. As a world traveler, she set out on a race to tour the globe, beating Jules Verne’s Around the World in Eighty Days by over a week.
"Energy rightly applied and directed will accomplish ANYTHING." 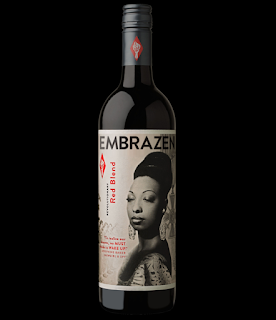 2016 Em Brazen Red Blend...$7.99
JOSEPHINE BAKER
Daring and bright, Josephine inspired the bold spirit behind our revolutionary Red Blend.
Audacious in character, this nuanced, revolutionary Red Blend is bright, intense and perfectly suited for those as bold as their wine. Irreverent hints of mocha & spice lend depth to nuanced layers of ripe red fruit, while silky tannins linger on the palate.
JOSEPHINE BAKER
ENTERTAINER & SPY (1906-1975)
Josephine Baker was as bold on the stage as she was off of it. A show-stopping entertainer, activist, and undercover spy, Josephine was a force to be reckoned with in the Civil Rights Movement and the French Resistance. As one of the first women of color to command the global stage, she refused to perform for segregated audiences. Beneath it all, she held a bold secret, working as a rebel incognito to protect her beloved France from the Nazi regime.
"To realize our dreams, we must decide to wake up."
Posted by Paul Hayden at 6:27 PM