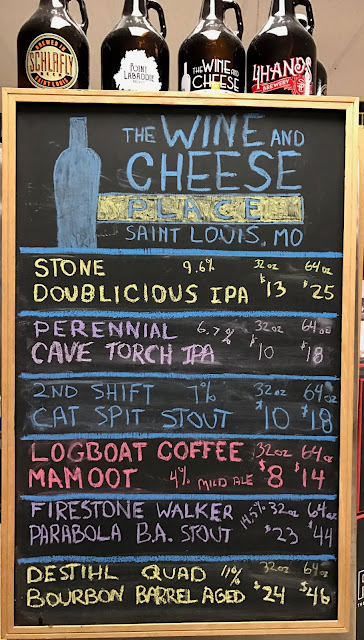 Russian Imperial Stout
Parabola is a beer of darkness and immensity, a barrel-­aged beast that is routinely ranked as one of the top beers in the world. This Russian imperial oatmeal stout is aged for a full year in Heaven Hill barrels, developing ﬂavors of rich, chewy roasted malts, charred oak and bourbony vanilla. Parabola bares its teeth with its impenetrable black hue and soaring alcohol, yet its bite remains reﬁned with a silky, balanced ﬁnish.

The Perennial Cave Torch IPA keg has blown, we are expecting a fifth keg today - will post when it arrives.
Posted by Paul Hayden at 8:54 AM