First time in CANS for us!!! 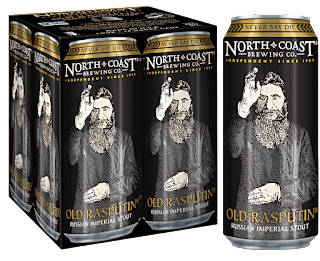 RUSSIAN IMPERIAL STOUT
Produced in the tradition of 18th Century English brewers who supplied the court of Russia’s Catherine the Great, Old Rasputin seems to develop a cult following wherever it goes. It’s a rich, intense brew with big complex flavors and a warming finish.

The Old Rasputin brand image is a drawing of Rasputin with a phrase in Russian encircling it — A sincere friend is not born instantly.