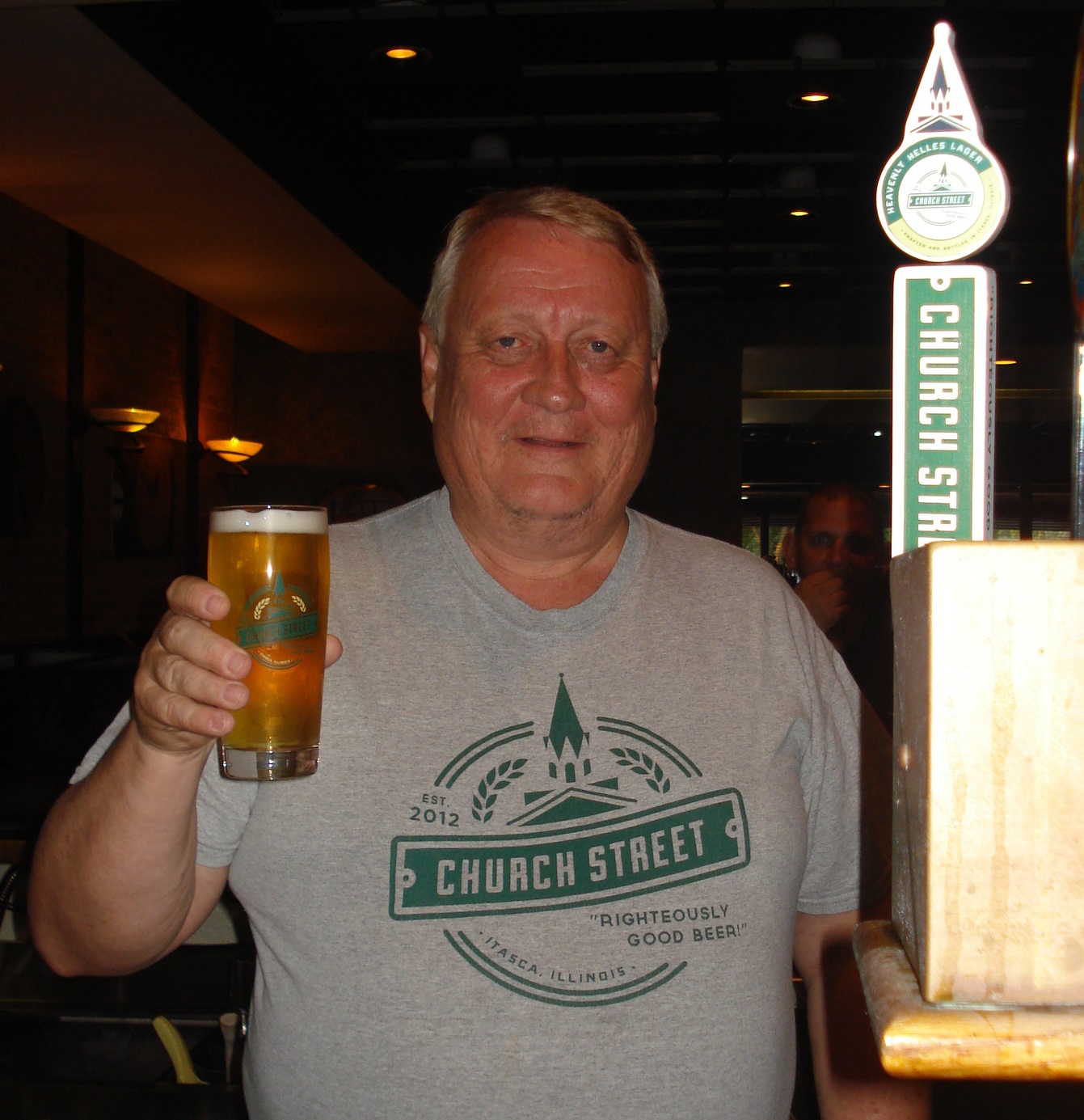 Mark Naski
"With over 40 years of brewing experience, we are thrilled to have Mark part of our recipe team; he works on our German beer line and spent 20 years being trained on Helles in Germany. He's a "beer speaker" and actively organizes European beer tours. He's also designed two breweries in St. Louis. Mark is a great addition to the team." - Church Street

TWCP - Is proud to bring back a St Louis favorite - Mark Naski's Helles, Marzen and Maibock ( a beer so good it was asked to available year round) and his new Polish Pilsner. Mark Naski a legend in the beer community, helped start St Louis Brews Home brewing club. Known for his knowledge of the Lager style of beers. Starting brewing at The Custom Brew Haus, moved onto make beer for Growlers Pub and final stop at The Stable before moving to Chicago. Mark has carefully perfected his recipes for 15 yrs.  Our own Kevin Burdge, current buyer manager at TWCP in Ballwin was Mark's head brewer and tasting partner at all three locations.   Kevin and Mark would talk (and taste) for hours on the various German styles beers and how they could make their own version. "We had to be good because you can not hide your mistakes in a Lager" - KGB

Located in Itasca, Illinois (just 10 miles west of Chicago), Church Street Brewing Company is a new craft brewery that has quickly grown into a reputable name in the Chicago area. Owners Joe and Lisa Gregor use traditional German brewing methods to craft their wide range of lagers and ales that represent both old and new beer styles of European influence. The Gregors are churning out approachable, award-winning beers and continuing to grow their brewery's ever-expanding footprint in the region. We are a family business built on a dream to make quality ales and lagers that stand out from the crowd.


Church Street Continental Lager...$9.99 / 6pk
Brewed to eliminate Gluten! Smooth and drinkable, yet malty and complex with a noble hop kick. Four German malts with three German hop varieties combine to create our quintessential pilsner. Notes of biscuit and grassy/floral hops make this a great beer to kick back with anytime. Enjoy!


Church Street Shony Scottish Ale...$9.99 / 6pk
In centuries past, to ensure a plentiful crop, the Celts would donate a variety of malts for a community ale to please the Shony, a local water spirit. Sadly, the custom dictated that they throw it all in the ocean. Our traditional 80 Shilling Scottish-style ale is a robust brew with notes of sweet caramel and mellow roast – best enjoyed on land, not in the ocean.


Church Street Brimstone IPA...$9.99 / 6pk
Church Street is proud to present our take on the American IPA with this dry-hopped West Coast IPA that’s brimming with Cascade aroma, giving this tangerine-beauty a fruity and refreshing nose – don’t be surprised if you find yourself sniffing more than sipping! A bold bitterness is rounded out by notes of citrus and grapefruit and a slightly dry hoppy finish. Cheers!


Church Street Devil's Advocate...$9.99 / 6pk
Devil’s Advocate begs the question: What happens when you take a ton (literally) of Pilsen malt, put it through a decoction mash, boil it up, add another 500 lbs of Belgian candy and kane sugar, and then add some of Duvel’s world famous yeast? The answer: A spicy, sweet, and dangerously drinkable Belgian golden strong ale.