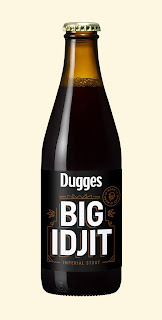 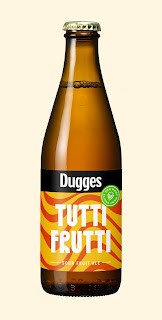 Dugges Tutti Frutti Sour Fruit Ale...$4.79 / 11.2oz
Label text: How many fruits do you need for it to be tutti frutti? Together with Wizard, we decided to go for all of them. Almost. Pear, mango, passion fruit, peach, pineapple and mandarin. That’s right. Tutti Frutti!


Dugges Big Idjit Imperial Stout...$4.79 / 11.2oz
12% ABV
Label text: This is a bigger and bolder version of our classic imperial stout Idjit. So, what does that make this beer then? An imperialer (it’s a word) stout? A more imperial stout? Let’s just say it’s big. Big idjit!
Story text: For a long time, almost since our very beginning, we’ve brewed our iconic imperial stout Idjit. We’ve not only brewed the regular version but barrel aged versions, putting it in everything from whisky to bourbon barrels. We’ve done a Christmas version and even a half version in which we cut the ABV down a bit. What we’ve never done (commercially) is a maxed out version. Well, until now that is. We’ve wanted to do this beer for a long time, an Idjit with extra everything. A straight forward big, bigger, biggest imperial stout. No fuss, just thick malty loveliness. 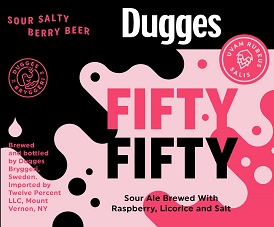