In stock at all locations and online 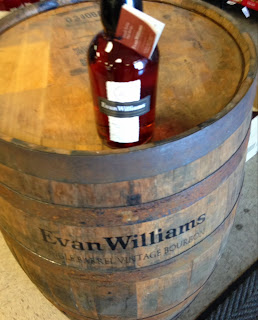 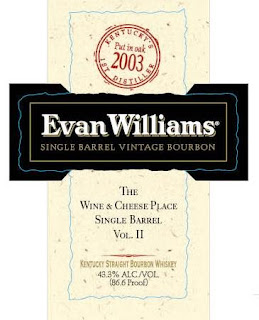 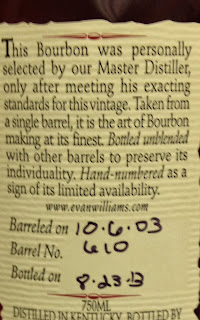 It's no secret that Evan Williams set up his distillery on the banks of the Ohio River back in 1783. Since then, the basic process of making Bourbon hasn't really changed much. Today, it is our Master Distillers, Parker and Craig Beam, that oversee the entire distillation and production process every step of the way. Their family has been in the Bourbon-making business for generations, handing down their knowledge and tools of the trade, including a secret family yeast strain, along the way. This knowledge, combined with the traditional process once employed by Evan Williams, gives you the rich, smooth taste of Evan Williams Bourbon.

Parker and Craig Beam, Master Distillers
When it comes to secrets, well, Parker Beam has a few well-kept family secrets for sure. After all, his family has been crafting Bourbon for a very long time. They know the business of making bourbon. And, to become the first family of Bourbon, you can bet that there have been many secret recipes, a few family traditions and much know-how passed down from generation to generation.

Parker's legacy began by working under the watchful eye of his father, Earl. Day in and day out, Earl showed Parker the ropes and gave him a thorough education in the craft of making Bourbon. Earl passed down to Parker the secret family yeast strain—that is still in use today—and helped him learn the critical steps to preparing the jug yeast. That Beam yeast is the magical ingredient that gives the Evan Williams Bourbon you know today a unique kinship to the Bourbon made by Parker's father and grandfather.

Probably the most important skill Parker perfected is the rare ability to experience every nuance of his Bourbon-to recognize the flavors that set his Bourbon apart. To see when the color is right or when his whiskey needs a little more time. The bottom line: to recognize when the contents of a barrel are worthy of the Evan Williams name and tradition.

Nowadays, Parker is joined by his son Craig, who works alongside his father in much the same way as Parker did years before with his father, Earl. Craig, now acting as the seventh generation of Master Distillers, continues the family's legacy of Bourbon- making. And you can bet that everything Parker learned from his father is being passed along to Craig.
Posted by Paul Hayden at 4:40 PM