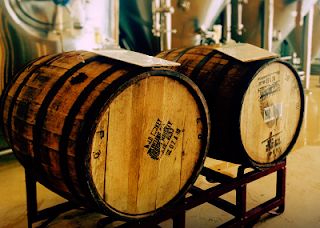 While I am updating on Barrel Aged Beers....

Charleville filled two of our
barrels with their Barleywine!

This will be their first Barrel Aged Barleywine -- watch for the release months down the road!  Will update when we know more.

Just a reminder:
Founders KBS is released at the beginning of March.  We will release it through our BRC and a heavy portion will be based on Founders purchases starting January 1, 2016 until a day or two before the release.

Goose Island Bourbon County Stout and Variants:
This one is released on Black Friday every year.  We will base this year's release heavily on Goose Island purchases in the BRC starting January 1st until a few days before the release.