Just arrived at Forsyth and online 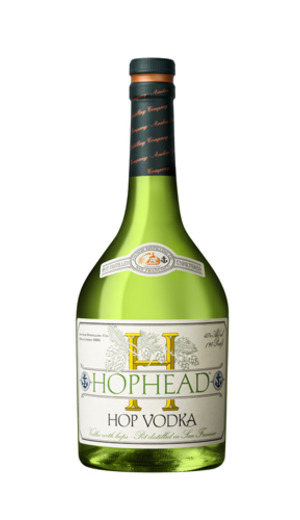 Anchor Distilling Hophead Vodka...$29.99
HOPHEAD Vodka, the latest creation from Anchor Distilling Company, is distilled entirely from two types of hops from Washington's Yakima Valley, the same hops used in the creation of some of Anchor’s legendary beers. HOPHEAD vodka captures the fresh, aromatic character of hops without the typical bitterness.

TASTING NOTES
Delivers all the delicate fragrance of the hops without the bitterness
- 90 proof and unfiltered to maximize the flavor delivery and strength
- Highly versatile and performs like a gin when sipped chilled or in a martini
- Recommended as the base for a San Francisco Bloody Mary or a San Francisco Vesper, or serve as a chilled shot paired with Anchor Liberty Ale


A San Francisco Original
THE PIONEER
Anchor Brewing Company was founded more than 100 years ago but was resurrected in 1965
by the Pioneer of modern craft brewing, Fritz Maytag. Fritz was committed to making traditional
crafted beers with no fillers or additives.
THE HOPS
The essence of many of the Anchor beers is the judicious use of beautifully dried hops from the Yakima Valley in Washington state. Within our brewery there is a small, but carefully looked after Hops Room and anyone who visits Anchor always remarks on the pleasant, but distinctive aroma of the natural dried hops. These sit in bales ready to be added as a natural flavor and preservative to the beers we brew less than 50 feet away.
THE DISTILLERY
In the early 1990’s, Anchor continued trailblazing the beverage industry, this time helping pioneer the craft spirits movement. In a small distillery beneath the brewery, we began making Old Potrero Whiskey, Junipero Gin and Genevieve Gin in beautiful but small traditional copper stills.
THE VISION
After nearly 15 years of creating 3 of San Francisco’s finest artisanal spirits, we were inspired to create the next Anchor Distilling product. Knowing there would be some technical challenges, we set out to distill a unique and interesting spirit using our small pot stills and certain varieties of hops from the brewery. After a great deal of experimentation and trial and error, brew master Mark Carpenter and distiller Bruce Joseph, two of the original visionaries of the Company, developed an amazing liquid worthy of a place in the Anchor Distilling Portfolio.
THE FINAL PRODUCT
We are very proud to launch Anchor’s first new spirit of the 21st century while still keeping
artisan craftsmanship at the forefront.
Posted by Paul Hayden at 8:05 AM