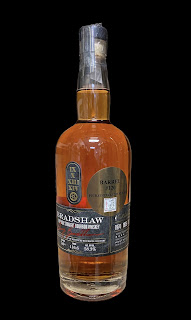 Fred Minnick is a Wall Street Journal best-selling American author who has written seven books. He is noted for having a great whiskey palate, as he's a judge on the San Francisco World Spirits Competition, World Whiskies Awards and is the former lead American whiskey reviewer for Whiskey Advocate
Posted by Paul Hayden at 10:51 AM