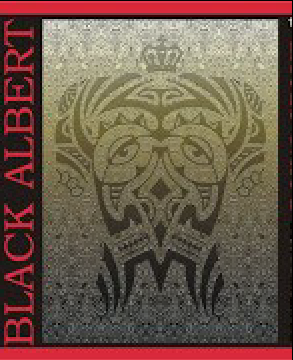 "This Belgian Royal Stout was brewed as a tribute to one of America’s best pubs. Jennifer and Chris Lively who run the place may be proud of Ebenezer’s Pub. Not only do they have 35 beers on draught, most of these are hard to find Supreme Belgian Ales. Above that, they have one of the most extensive bottle-conditioned beer lists through different bottling dates we have ever seen. Not only can you drink almost any Belgian beer, the worlds best brewery’s are represented. A lot of the guests talk about the American Kulminator, yet with that difference that the Belgian inspired food, is simply great. Black Albert was brewed and crafted with a 100% Belgian ingredients. Pours a blacker than black beer with an inch of dark tan head that lingers as it cascades into itself. Nice aroma of bitter-sweet chocolate, fresh torrified coffee beans, barley, candy sugar, complex fruits, and floral hops. At the front, there is spiced baker’s chocolate, fresh mocha, caramel like barley touches, and underlying hints of dried fruits which marries the back of your palate and features a Top, and well integrated but not overbearing hop flavour. The after-taste is well balanced and shows a panorama of extreme sensations like chocolate and coffee bitters, a plum cake richness that covers the palate, and a crisp impression of hop bitters that brings elegance and freshness into this massive brew" -- www.ratebeer.com