Washington is really coming on strong........just a small sampling of what we have in stock at Forsyth... 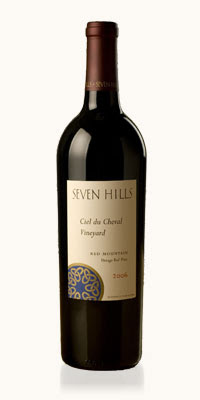 2007 Andrew Will “Sorella”….$68.99
Andrew Wills' flagship wine is called Sorella; the 2007 Sorella, sourced entirely from the Champoux Vineyard, one of Washington's finest sites, is made up of 72% Cabernet Sauvignon, 15% Cabernet Franc, 10% Merlot, and 3% Petit Verdot. Aromas of toasty oak, espresso, Asian spices, incense, black currant, and blackberry lead to a firmly structured wine with impeccable balance and serious aging potential. This pleasure-bent offering will offer a drinking window extending from 2016 to 2032, perhaps longer"
Rated 96/100 The Wine Advocate

2006 Seven Hills Pentad….$43.99
Rich, ripe and complex, this has a delicious tug-of-war going on in the mouth, playing generous blueberry and currant fruit against hints of crème brûlée, sage and white pepper. A hint of roasted meat adds interest to the long finish. Cabernet Sauvignon, Petit Verdot, Carmenère, Cabernet Franc and Malbec. Drink now through 2016. 343 cases made. –HS
Rated 93/100 The Wine Spectator
2007 Andrew Will “Champoux"....$57.99
The 2007 Champoux Vineyard is a bit more deeply colored. A blend of 52% Cabernet Franc, 21% Merlot, 19% Cabernet Sauvignon, and 8% Petit Verdot, it is also denser, richer, more plush, and longer in the finish. Give it 4-6 years of additional cellaring and drink it from 2014 to 2027.
Rated 95/100 The Wine Advocate


2006 L’Ecole 41 Apogee....$43.99
The 2006 Apogee Pepper Bridge Vineyard is 46% Cabernet Sauvignon, 42% Merlot, 8% Malbec, and 4% Cabernet Franc. A saturated purple color, it has a brooding nose of sandalwood, pencil lead, spice box, and assorted black fruits. It is the most concentrated, complex, and intense of the L’Ecole reds with darker, layered fruit and greater aging potential. Drink this superb effort between 2015 and 2031.
Rated 94/100 The Wine Advocate

2006 L’Ecole Perigee....$37.99
The 2006 Perigee Seven Hills Vineyard is 56% Cabernet Sauvignon, 34% Merlot, and 10% Cabernet Franc. Dark ruby/purple-colored, it has an alluring perfume of pain grille, pencil lead, mineral, violets, black currant, and blackberry liqueur. Elegant and seamless on the palate, it has superb depth, concentration, and incipient complexity. Give it 5-7 years and drink it from 2013 to 2026.
Rated 93/100 The Wine Advocate

Share
Posted by Paul Hayden at 2:11 PM No comments:

Join us each Saturday at our Cheese Counter and taste the weekly pick of a cheese paired with a wine and a beer*. Each Saturday we will feature a cheese in our award winning cheese department at all 3 TWCP locations

and have a wine and beer to taste that we feel is a great match.

It will be fun and informal just come in for a taste at the Cheese Counter.

Pairing cheese with wine or beer is an age old excercise and everybody has an opinion. First of all, there are no wrong answers. It is all about what you like. There is no sense in buying a cheese that you don't like because "an expert" said that it is the best match. The perfect match is the wine/beer you like and the cheese you like! But we will hope to give you a few guidelines and ideas to start your journey through the matching process. Join us each week for a new match.

Extra info about the beer
Bells Kalamazoo Stout....$10.49 / 6pk
"Kalamazoo Stout represents stouts in the Bell's year-round roster, offering a blend of dark chocolate and coffee flavors with just a hint of brewer's licorice. One of our oldest recipes, it balances a significant hop presence against the roast malt body." -- Bells Brewery
Rated 100 on RateBeer


*This will be in addition to our normal wine tastings at the stores.


Share
Posted by Paul Hayden at 8:24 AM No comments:

Pre-Arrival -- Scheduled to arrive the first week of March
Orders due by February 15th.
Payment due on arrival.
Get the great 2007 vintage....
2007 Chateau Montelena ESTATE Cabernet Sauvignon...$104.99
"A great wine in the making, the 2007 Cabernet Sauvignon Estate (just under 10,000 cases produced) possesses a fragrant bouquet of sweet black currants, crushed rocks, earth and background oak. Full-bodied and dense, with Montelena’s typical power, tannin and reserved nature, this is a big, rich, formidably endowed red that requires 4-5 years of cellaring. That in itself is atypical of this exuberant, flamboyant vintage. Given this cuvee’s past history, this 2007 should age for 30+ years."
Rated 94+/100 The Wine Advocate

Share
Posted by Paul Hayden at 8:06 AM No comments:

Sorry, I am in the process of moving and have no internet at home yet - so I am having trouble keeping up with posts. Just made it to work.

Yesterday, Founders Imperial Stout also arrived, first come first served in the store. We are a little hectic with Valentines and Chocolate Ale already so I am not going to post it online.

Share
Posted by Paul Hayden at 12:30 PM No comments: 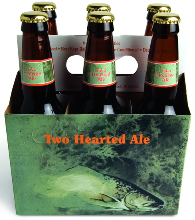 Just in time for Valentines....

Bottled February 1st!
Bells Two Hearted Ale....$9.99 / 6pk
"Two Hearted Ale is defined by its intense hop aroma and malt balance. Hopped exclusively with the Centennial hop varietal from the Pacific Northwest, massive additions in the kettle and again in the fermenter lend their characteristic grapefruit and pine resin aromas. A significant malt body balances this hop presence; together with the signature fruity aromas of Bell's house yeast, this leads to a remarkably drinkable American-style India Pale Ale." -- Bells 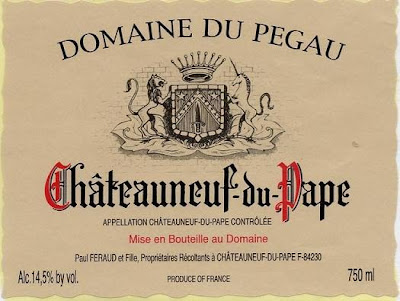 2005 Domaine du Pegau "Cuvee Laurence"....$149.99 750ml
2005 Domaine du Pegau "Cuvee Laurence"....$319.99 Magnum
"The 2005 Chateauneuf du Pape Cuvee Laurence appears to be the finest example of this wine since the 1998. Wonderfully rich, concentrated notes of roasted Provencal herbs, jammy black cherries, new saddle leather, and loamy soil are present in this stunningly rich, full-bodied wine. With excellent concentration, moderate tannin, and fabulous length as well as intensity, it should be released in 2009-2010, and will keep for 20-25 years."
Rated 95-97/100 The Wine Advocate


Order it online now
Share
Posted by Paul Hayden at 3:49 PM No comments:

One of our favorite estates....2008 just arrived

"The 2008 Chateauneuf du Pape Cuvee Reservee was about to be bottled at the time of my visit, and it will certainly be one of the better wines of the vintage. By the standards of Pegau, it is not a massive wine nor will it be terribly long-lived. However, this estate has an incredible track record in off years, so I would not be surprised to see this wine exceeding readers’ expectations in 10-12 years. Tasting through the three remaining lots that will be blended together, I rated them between 89 and 92. That makes it one of the better wines of the vintage. Medium to full-bodied, chewy and very evolved, the wine exhibits lots of earth, lavender and foresty/mossy notes intermixed with kirsch, peppery black currants and Christmas fruitcake spices. It should drink nicely for 10-12+ years. Laurence calls it a very “traditional” style that she believes will be as good as their 2006."
Rated 89-91/100 The Wine Advocate

Share
Posted by Paul Hayden at 12:48 PM No comments: 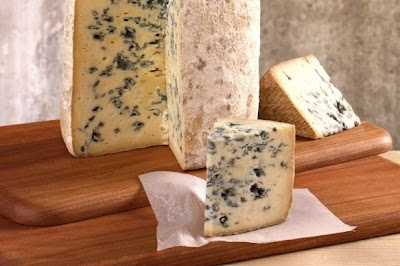 Bayley Hazen Blue is a natural rinded blue cheese. It is made with whole raw milk every other day, primarily with morning milk, which is lower in fat. Ayrshire milk is particularly well suited to the production of blue cheese because of its small fat globules, which are easily broken down during the aging process. The paste of a Bayley Hazen is drier than most blues and the penicillium roqueforti takes a back seat to an array of flavors that hint at nuts and grasses and in the odd batch, licorice. Though drier and crumblier than most blues, its texture reminds one of chocolate and butter. It is aged between 4 and 6 months. We developed this recipe by starting with a Devon Blue recipe, changing its shape, and altering the aging process to end up with a stable rind that will hold up under typical retail conditions.

Bayley Hazen is named after an old military road that traverses the Northeast Kingdom. The road, commissioned by General George Washington was built to carry troops to fight the English on a Canadian front. Though no battle ever took place, the road brought Greensboro its first settlers and continues to be used.

Share
Posted by Paul Hayden at 7:14 AM No comments: 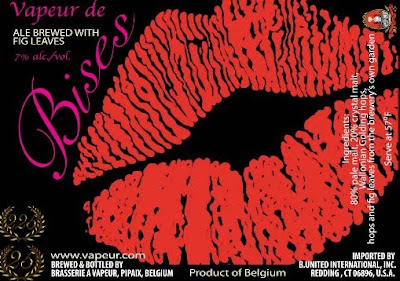 "In 1895 the brewery was modernized to the technology of the time. The steam engine, which still runs the brewing process to this day, was installed....and are now the only brewery in Europe that still brews with steam powered equipment." -- importer

Posted by Paul Hayden at 7:10 AM No comments: