We have a Scotch Class scheduled with Ed Kohl, of Signatory. March 19th at 6pm. $15/person. Hopefully will have more details the first week of March.


Beer Closeout!
The distributor is discontinuing Barons from Australia...
We have 40 cases coming on Tuesday 2/24/09.
It went "out of date" on Aug 2008. We tasted it though, and it still tastes fine. It has lost the hop flavor and is just malty. Hard to pass up for $2.99 / 6pk
Barons ESB....$2.99 / 6pk
"A real bitter, for those that warrant the finest." This inaugural Barons Extra Special Bitter (ESB) is an English style 'special' bitter produced by Australians for Australians. At 4.7% ABV, Barons ESB pours with a brilliant golden colour, topped with a rich cream head. The aroma offers an inviting mix of caramel and malt, combined with hop driven fruit resulting in a 'crisp' and full nose made to drive the senses in the heat of an Aussie summer. Barons ESB offers a rewarding balance of caramel malt sweetness supported by medium - high bitterness. The chosen noble hops deliver subtle fruit and spice character, accenting the enjoyable bitterness. With medium body and carbonation, Barons ESB is the real beer experience." -- brewery
Posted by Paul Hayden at 4:19 PM No comments:

Coming back to STL

I am very excited on about this one. This is one of the first beers that got me interested in beer almost 20 years ago. I was very intrigued by it when I first started working here.
ETA looks to be around spring time.
(It has been years since they have been distributed here)
Corsendonk Abbey Brown Ale 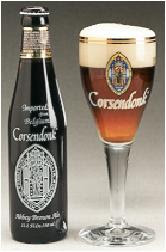 A Classic Belgian Abbey Dubbel
Corsendonk Abbey Pale Ale
A Classic Belgian Abbey Tripel
"Corsendonk Abbey in Oud-Turnhout, Belgium was founded through the munificence of Maria van Gelre, youngest daughter of Jan III, Duke of Brabant. You may recall that Jan I (Jan Primus) is today better known as Gambrinus. The monks of Corsendonk started a brewery in 1400, which flourished until 1784 when the abbey was closed by Austrian ruler Jozef II." -- importer

"Scarce, subtle and complex, Thomas Hardy’s Ale is the beer enthusiast’s equivalent of rare cognac. Bottle-conditioned to mature in the bottle like fine wine, this old ale/barley wine will improve with age for at least 26 years (and we’re still counting!). Not for the faint of palate, especially when young and brash, maturity brings an elegance of flavors unmatched by any other beer—if you have the patience to cellar it for at least a decade." -- importer
.
.
There are some other beers associated with this importer that we might see also...
Royal Oak, Old Izaak, O'Hanlens, Old Jock, Merlin's Ale, Black Douglas, Kinmount Willie Scottish Oatmeal Stout...not sure what all we will see.
Read about the beers on the importers website.
Leave me a comment about which others you would like to see and we can see if we can get the importer to bring them to St. Louis.
Posted by Paul Hayden at 9:50 AM No comments: 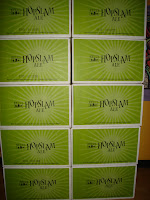 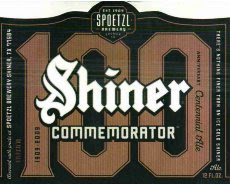 This is Spoetzl Brewery's 100th Anniversary Beer (1909-2009)
Doppelbock Style
"Shiner 100 Commemorator is a rich and robust brew that is a fitting tribute to our legacy of 100 years of handcrafting stylish and flavorful beers. Commemorator is a bold style that would have been very familiar to Kosmos. One of the highlights of the Bavarian brewing year is the rollout of strong beer or starkbier, developed by monks as “liquid bread” to sustain them through the Lenten season. Commemorator is brewed in that Old-World tradition and embodies the German-Czech heritage Shiner has proudly stood for since 1909. This 17 % original extract dark lager is a blend of two row Munich and Caramel 60 malt mildly spiced with Bavarian Hallertau Tradition and Spalter Select hops to allow the toasted caramel flavor to predominate. Alcohol by Vol.: 6.7 %" -- Brewery
Posted by Paul Hayden at 7:11 AM 1 comment: 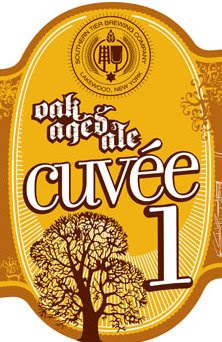 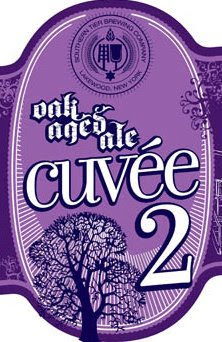