The Best Cheese in North America is here!!

In stock now at Forsyth!
Only produced once a year.  We will not see anymore until next year. 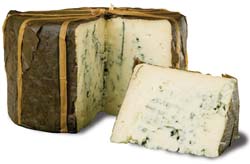 Rogue River Blue won Best of Show at this year’s American Cheese Society judging. It’s only made once a year. Just arrived, we will not see this cheese again until next year about this time!! Rogue River Blue beat out 1,676 cheeses that were entered!


The wheels are aged for up to a year in our special rooms which were constructed to simulate the ancient caves in Roquefort, France. This aging process imparts into the cheese naturally occurring molds that we consider to be our signature Rogue River Valley Terroir.


The flavors of our terroir include hints of sweet woodsy pine, wild ripened berries, hazelnuts, morels and pears. To preserve this cheese we hand wrap each wheel in grape leaves harvested from Carpenter Hill Vineyards in the Rogue River Valley. These leaves have been macerated in Clear Creek’s Pear Brandy and tied with raffia. The grape leaves add additional complexity to the terroir driven flavors of the cheese and preserve its moist creamy texture.


To best enjoy this cheese remove it from the plastic immediately. Cut by first scribing with a paring knife and then slicing through the leaves and cheese. Serve or package with the grape leaves attached."


This is the second Best of Show win for Rogue River Blue. It previously won in 2009 at the ACS Conference & Competition in Austin, TX. Rogue River Blue is handmade using autumnal equinox milk from Brown Swiss and Holstein cows’ milk. The cows graze in 1,650 foot elevation pastures along the Rogue River, where they eat a variety of grasses, wild herbs, and wild flowers supplemented with grass hay, alfalfa and grain grown on the ranch. The five pound wheels are made by hand and aged in specially-constructed caves. The cheese ripens from naturally occurring molds found in the Rogue River Valley. After maturation, the cheese is wrapped in Syrah grape leaves from Carpenter Hill Vineyard which have been macerated in Clear Creek pear brandy and tied to the wheel with raffia. The cheese is released annually starting in September.Cary Bryant, Co-owner and Cheese Maker at Rogue Creamery, says of the company’s second Best of Show win: ― We are honored by this recognition of Rogue River Blue, an American blue that represents the flavors of our region. We enter the ACS Competition and Judging annually for the score sheets. Both technical and aesthetic cheese judges from around the world participate in this competition and provide us with invaluable feedback on the cheeses they score. The Best of Show for us not only celebrates Rogue River Blue as the
finest cheese in North America, but it showcases our teams’ dedication to quality from the dairy, to the make room, aging caves and packaging. It takes a team of talented and passionate people dedicated to making the world’s finest handmade cheese to make this happen. ― The annual ACS Conference & Competition – a gathering of cheesemakers, merchandisers, retailers, distributors, academicians, food writers, and enthusiasts from the U.S., Canada, Mexico, and Europe – celebrates American artisan, farmstead, and specialty cheese. The 2011 Competition saw a record number of entries: 1,676 cheeses and cultured milk products from 258 companies in the U.S., Canada, and Mexico. For a full list of winners, visit http://www.cheesesociety.org/competition/2011-acs-judging-competition-winners/

Firestone Walker Nectar Ales
Fresh Batch of Nectar IPA is in stock wow
Plus for the first time in St. Louis, we are proud to offer at The Wine and Cheese Place 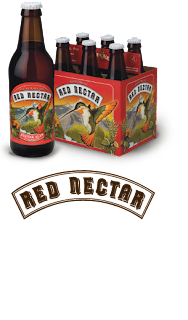 Boasting a ruby hue and an exquisite floral aroma, Red Nectar is a robust yet elegant brew with distinctive accents of toasted malt, caramel, spice and residual sweetness.

The beer that started it all… Red Nectar was considered a strange bird when it was first released in 1987. After all, where did a robust, handcrafted all-natural amber ale fit into the massive flock of American industrial lagers? Answer: it didn’t. So it blazed its own trail, helping set the pace for the craft brew revolution.

Boulevard next Smokestack Series beer is in stock at Forsyth, Rock Hill, Ballwin, and New Ballas.


If you made it to The Wine and Cheese Place Beerfest 2011 back on May 14th, you got a chance to preview this beer.   Boulevard brought a keg of this beer for your tasting pleasure. 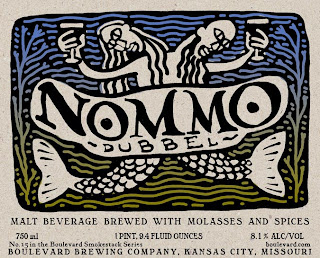 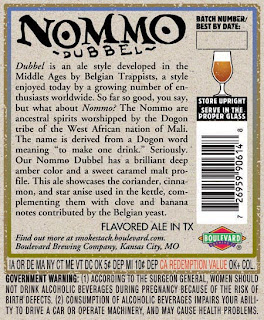 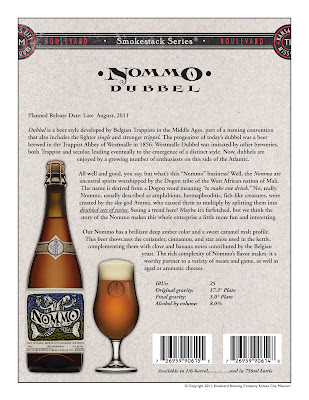 Made only in great years, and the first time here in St. Louis.  In stock now at our Ballwin and Forsyth locations

"Three's a charm. Named after Dennis's third son, this is our 3rd bottling of Mason's Cabernet, with previous vintages from 2006 and his birth year 2003. Mason's newest wine is his biggest and best yet. Saturated kirsch-like black fruits mingle seamlessly with savory oak spices in this complex blend of Cabernet Sauvignon (92%), Cabernet Franc (4%), Merlot (2%) and Petit Verdot (2%) all sourced from the same vineyards as our Napa Valley Cabernet. Youthful flavors of berry, malt chocolate and plum turn slightly more serious with supple tannins. 1,200 cases produced." -- Lewis
Posted by Paul Hayden at 11:12 PM No comments:


It is official -- the grand opening is this Saturday!!!!

If you cannot make it to the grand opening, make sure you support them as they are making great beer and are a welcome edition to the craft beer scene here in St. Louis!
Info from the Civil Life Blog
9/24 OFFICIAL GRAND OPENING: MEET IN PARK ARSENAL AND OAK HILL INTERSECTION AT 12 NOON or at the Brewery at 12:50.  Till the cows come home.  Does anyone have a cow they can bring by at 8?

Notice:  Heads of State, Dignitaries, Cosmonauts, French Super-Models, time travelers and residents of St. Louis city and those that wish they lived in the city, dogs, cats, spider monkeys and giraffes,  bikes and hover-craft owners, children of all ages, all former members of the band Quiet Riot and Insane Clowne Posse. if you have a heart beat and like craft beer you are invited.  If you don’t like craft beer don’t feel left out, you are still invited so we can get you to like craft beer.  By force if we have to. Please read below.
We are about to embark together on a grand journey of immense proportions and this notice is being sent so one day you don’t have to use those sad god forsaken words, “I wish I had been there.”
On September 24 in the year 2011, a grand event is happening which begins in Tower Grove Park at the corner of Arsenal and Oak Hill.   At 12 noon (No later) many wise people from near (city residents) and far away lands (places like St. Charles and O’Fallon) will gather with a common purpose.  They will be engaged in the most rightful and prestigious ceremony involving one said Brewery.  This said brewery known to all as The Civil LIfe Brewing Company will officially become available on earth on this said day by said people saying things.  Things like, “I said person state I am Civil, my liver is Civil and I am freaking glad I made it to this Ceremony.”
I have been telling people we built the brewery the way they used to build breweries and that we will open the brewery the way they used to open breweries in Tower Grove.  When in fact, I have no idea how anyone used to open a brewery and I also found we are the first ever Tower Grove brewery but soon all breweries will open this way.   Unless it rains, then they will probably just turn on the lights and open the doors.
So at 12 noon on the 24th of September you may be someplace in this wide world but there is only one place you want to be.  Locked arm in arm in a massive display of local unity in which crowds of well over 30 people are expected to take to the street that gave this Southern part of Tower grove it’s name.  We will walk together, footstep by footstep, with dogs and children of all ages from the park through the neighborhood down Oak Hill to Tholozan.  At Tholozan we will do the noblest of things and turn right to head up a short hill for the final walk down Holt Street.  Thousands will gather (at least 38 people at this point ) to watch this grand parade turn the final corner and march down a street that until that day hardly anyone except its great residents knew existed.  But from now on will be known as the street on which the Civil Life’s grand opening took place.
We will turn Left at 3714 Holt and officially deem the bar open to the public even though we have been open for just over a week already.
Members participating in this grand event will then partake in an old fashioned shindig.  Expect to see cats and dogs dancing with each other, 90 year olds break dancing without breaking anything and 22 year olds acting civilized at a Brewery.   You will shocked to see that in the right setting at the right brewery everyone can get along.  People will do the most civilized of actions by buying beers for people they don’t even know.
And when the dust settles, the crowds have gone home and the last mug has been washed.  I’ll grab the broom, sweep the floors, mop behind the bar and get ready to welcome you back as you make the Civil Life an essential part of your life.  Or I will just wallow in the pity of paying for the party no one showed up to.  Either way, I will have some really tasty American Brown beer and life won’t be so bad.
Cheers to you!
EMAIL JAKE (jakehafner@me.com) IF YOU CAN ATTEND SO THEY CAN PLAN FOR YOU!  IF YOU FORGET JUST COME ON BY!   Or let them know on their facbook page 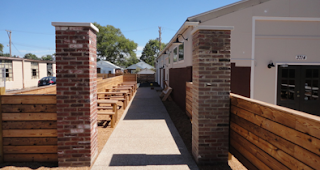 Posted by Paul Hayden at 9:35 PM No comments: