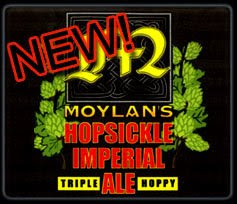 We have been trying to get them to come to St. Louis and now it looks official, MoBev just announced it in their newsletter. Looks like emailing breweries does help!
Moylans from Marin County is due here at he beginning of April!
This is exciting news for hop lovers. 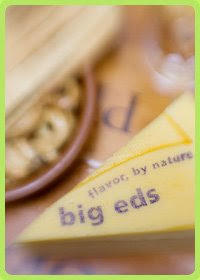 Saxon Creamery from Cleveland, Wisconsin.
We are very excited about these cheeses because they are delicious and the dairy has told us that we are the first to bring them into St. Louis. We are very proud to intoduce these cheeses to STL.

Big Eds
Young, mild, but full of flavor, with a buttery body. Enthusiastic, like Ed Klessig, whom it was named after, it hugs you back, never offends, and is great both for first time tasters and afficionados.
A “clean rind” cheese made from raw cow’s milk formed into cooked, pressed curds and ripened 120 days, with a shelf life of six months — clean rind cheeses are meticulously wiped to keep them clean, cultivating a nearly perfect rind.


Green Fields
Sweet nutty tones vary with the seasons. A semi-soft washed rind from raw cow's milk, carefully tended for 70 days then wrapped in a special breathable package for its journey from our creamery to you.
Made from whole raw cow’s milk, and unpressed cooked curds, with a washed rind ripened a minimum of 60 days — at its peak at four months with a shelf life of six months.
Great for melting, blending in salad dressings, or at snack and meal-time on the family table. Flavors will vary subtly with the seasons.


La Clare Farm Evalon
Saxon Creamery partners with LaClare Farm and their luscious milk, turning it into a supple, smooth, sweet, unique, delicious raw goat milk cheese, aged over 70 days.
The Hedrich′s dream of raising a family for generations on the farm, producing the freshest cleanest most delicious goat milk from healthy does fed on whole grains is tenderly transformed into a delicious raw milk semi-soft wheel.A divine cooking cheese to melt on any food, with a fresh herb like sage, or to grate shred or slice.


Pastures
A meaty cheese, young, but dense, mellow but full of flavor, creamy, with a sweet taste that lingers. Bandaged wrapped raw milk cheese aged 120 days.Great for slicing, grating, cubing or melting or more simply, on the table as a family friend.

read more and see some recipes
Posted by Paul Hayden at 3:21 PM No comments: