The flavors just keep coming...
Three Olives came out with Bubble Gum Flavored vodka a few months back and it was a major hit, we can barely keep it in stock...so why not cola? 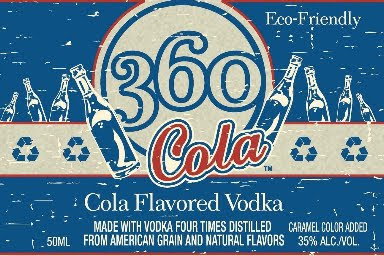 One of the most Eco-Friendly producers you will find!
Check out more info on their website. 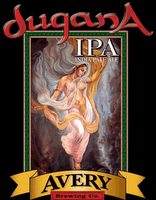 We are proud to present our first
Beer and Food Pairing at
Provisions Gourmet Market
Tuesday, November 10 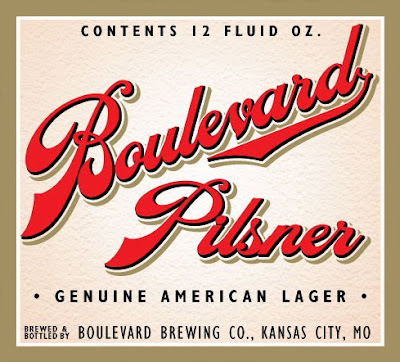 "Between 1868 and 1956, the George Muehlebach Brewing** Company was the largest and most successful brewery in Kansas City. Boulevard Brewing Company pays homage to the Muehlebach legacy with this classic American lager, a beer brewed in the same time-honored way as the great beers of the past. Boulevard Pilsner: the Taste of Tradition." -- back label

"The George Muehlebach Brewing Company was a brewery that operated in Kansas City, Missouri from 1868 until 1956 when it was acquired by Schlitz which eventually discontinued the brand and shut down the KC brewery in in 1973. At one time, it was the largest brewery in the Kansas City area." -- wikipedia
Posted by Paul Hayden at 8:12 PM No comments:

Sam Adams Utopia has arrived, but I have a long waiting list. I would call around town if you want it.
Posted by Paul Hayden at 4:25 PM No comments:

(currently only at Forsyth)
It is always nice to find a high quality product when you did not even know you were looking for it. We discovered this Olive Oil at a wine tasting with an importer. This olive oil is produced from olive groves that are a thousand years old in the Navarra region of Spain. The key to good olive oil is the low acidity. In fact it is the acidity level that is used to grade good olive oil from Extra Virgin to Virgin. Belasco has an acidity level of lest than .1%** This oil has a great floral nose and is perfect on salads or just dip your favorite bread in it!


**Acidity
Belasco has less than .1% acidity
One measure of quality in Olive Oil is acidity (free acidity, expressed as the proportion of oelic acid). The International Olive Oil Council, for example, requires a level of no more than .8% of oelic acid to carry the “Extra Virgin” designation. Oils with the “Virgin” designation cannot have more than 2% of oleic acid, and the list goes on, with other grades of quality.
Belasco’s max acidity of 0.1% is a fraction of the legal limit (.8%), and among the lowest levels one will find on the market (Lucini (Italy), for example has level of 0.2-0.4%, Goya (Spain) has a max of 0.4%). The levels in widely available, commercial brands tend to be much higher.
Posted by Paul Hayden at 5:14 PM No comments:

Beehive has only been around since 2005 and is one of only a few artisan cheese makers in Utah.
(in stock at Forsyth and Rock Hill now, will make it to Ballwin later)

"This is a full bodied cheese with a nutty flavor and smooth texture. The cheese is hand rubbed with a Turkish grind of Colorado Legacy Coffee Company's (The Cheesemakers brother) "Beehive Blend". The blend consists of a mix of South American, Central American, and Indonesian beans roasted to different styles. French Superior Lavendar buds are ground with the coffee and the mixture is diluted with oil to suspend the dry ingredients in the rub. The rub imparts notes of butterscotch and caramel which are prevalent near the rind, but find their way to the center of the cheese. The cheese is aged on Utah Blue Spruce aging racks in our humidity controlled caves, and moved to different temperature during the aging process to develop texture and flavor. The name "Barely Buzzed" comes from Andrea at Deluxe Foods in California. She was the winner of the name this cheese contest." -- Beehive

Posted by Paul Hayden at 1:04 PM No comments:

"October 27, 2009, Louisville, Ky. – Woodford Reserve announces the latest extension of its acclaimed Master’s Collection which will be released on November 1. Called ‘Seasoned Oak Finish,’ it is the fourth in the series of limited edition bottlings and continues Woodford Reserve’s tradition of crafting rare whiskeys that extend the category in bold new directions.

Barrels play a key role in producing bourbon, with approximately 70 percent of the spirit’s flavor and aroma and all of its color provided by the oak barrel. Woodford Reserve’s new offering, Seasoned Oak Finish, features bourbon finish-aged in unique barrels crafted with wood that has been seasoned longer than any previously used in the industry.

“Of all the distillers in our industry, we are the only bourbon company that crafts its own barrels, giving us unique knowledge and control of the process,” said Woodford Reserve Master Distiller Chris Morris. “As the rough oak staves are exposed to seasonal weather changes and subsequently dried, this natural cycle develops a new range of flavors in the wood.”

This seasoning progression changes the wood by reducing tannins and ultimately creates a new range of flavor compounds. The staves for most bourbon barrels are seasoned for three to five months; however, Seasoned Oak Finish combines fully-matured Woodford Reserve with barrels crafted from wood that has been exposed to the outdoors for three to five years — the longest seasoning known in the bourbon industry.

“By ‘finish aging’ Woodford Reserve in barrels that have been crafted from oak and seasoned for several years, we created a bourbon unlike any other in the industry. It’s the most robust bourbon we have ever made,” said Wayne Rose, brand director for Woodford Reserve. “This special Master’s Collection release emboldens Woodford Reserve with ‘extra-aged’ oak character resulting in a new and complex flavor profile.”

Seasoned Oak Finish is the fourth in the Woodford Reserve Master’s Collection series following the Four Grain, Sonoma-Cutrer Finish and Sweet Mash products. Released periodically at the master distiller’s discretion, the Master’s Collection whiskeys are extremely limited in quantity and bottled only once in a proprietary package inspired by the copper pot stills of The Woodford Reserve Distillery.

The inspiration for the Master’s Collection is rooted in the rich history and tradition of what is today known as The Woodford Reserve Distillery. In the mid-1800s distillery owner Oscar Pepper and Master Distiller James Crow studied and recommended use of key processes like sour mashing and charred barrel maturation at the historic Woodford County distillery. These practices are still maintained in the bourbon industry and, today, the distillery receives more than 80,000 visitors annually and is the only one in America to triple-distill bourbon in copper pot stills.

Woodford Reserve Seasoned Oak Finish will be sold in 44 U.S. markets, and a limited quantity will be available in Canada, the United Kingdom, Belgium, France, Germany, Spain, New Zealand and Australia. Each bottle is individually hand-numbered and presented at 100.4 proof. Available in major metro markets, only 1,337 cases are available with a suggested retail price of $89.99 for a 750ml bottle." -- www.maltadvocate.com 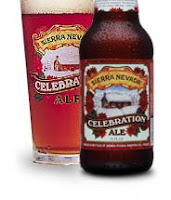 The long, cold nights of winter are a little brighter with Celebration® Ale. Wonderfully robust and rich, Celebration® Ale is dry-hopped for a lively, intense aroma. Brewed especially for the holidays, it is perfect for a festive gathering or for a quiet evening at home.

Rock Hill received 2 cases today of the Rye Stout.
I am also told the Bell's is going to give STL some more Rye Stout. If you missed the first batch, another one is coming, probably a few weeks though.

In stock at Forsyth... 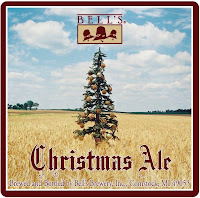 Style: Scotch Ale
"From our fields to your holiday. A malt driven ale, made with 100% Michigan grown two-row barley malt and a mix of Michigan and Northwest Pacific hops. A bit of cheer from the north country, sure to make any occasion festive." -- back label 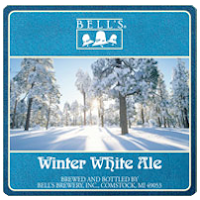 "A Wheat Ale brewed with American Wheat and a proprietary blend of Hefe and classic Belgian-style yeasts. A refreshing winter alternative created from the subtle fusion of two classic flavors." -- Bell's Brewery
Available online also
Posted by Paul Hayden at 11:55 AM No comments: 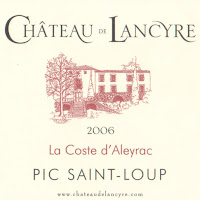 "A cuvee of Syrah and Grenache with a bit of Carignan first essayed in 2000, the Lanceyre 2007 Coteaux du Languedoc Pic Saint-Loup La Coste d’Aleyrac – due to have been bottled in February – is full of ripe black fruits to be sure, but offers more herbal, carnal, and mineral dimensions than the corresponding 2006. An impression of saline, marjoram-laced beef bouillon with cherry and purple plum extend to a long, satisfyingly juicy, clear, faintly and stimulatingly bitter finish. Look for this exceptional value to offer pleasure for another 3-4 years.
Bernard Durand and Regis Valentin continue to render distinctively delicious wines that offer outstanding value of a sort not always to be found in the increasingly renowned Pic Saint-Loup sub-appellation."
Rated 90-91/100 The Wine Advocate

Posted by Paul Hayden at 7:42 PM No comments: