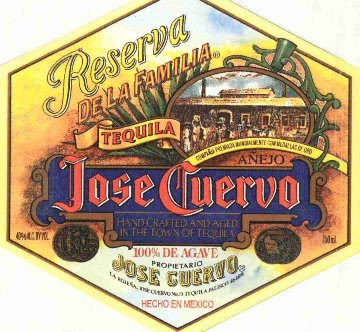 "Reserva de la Familia is the Jose Cuervo family’s finest Tequila. In fact, for over 10 generations it was a family secret only shared with the closest of friends. In 1995, to celebrate their 200-year anniversary as the world’s leading producer of Tequila, the Cuervo family decided to share this blend of its special Tequila reserves with people who truly savor an exceptional taste sensation.

Reserva de la Familia is often served in a snifter, where its complex flavors and aromas can be fully appreciated. Produced in limited quantities with a distinct personality that varies from year to year, Reserva de la Familia has been recognized with several prestigious awards in Mexico, the United States and Europe.

Each bottle is handcrafted, numbered, dated and sealed in wax, and every year the Cuervo family commissions a different Mexican artist to design the new collectible box for Reserva de la Familia." -- Cuervo

With the release of Hopslam next week, I thought I would post some high IBU beers....
IBU --
"The International Bitterness Units scale, or simply IBU scale, provides a measure of the bitterness of beer, which is provided by the hops used during brewing. An IBU is one part per million of isohumulone — the higher number, the greater the bitterness.
The bittering effect is less noticeable in beers with a high quantity of malt, so a higher IBU is needed in heavier beers to balance the flavor. For example, an Imperial Stout may have an IBU of 50, but will taste less bitter than an English Bitter with an IBU of 30, because the first beer uses much more malt than the second. The technical limit for IBU's is around 100, others have tried to surpass this number but there is no real gauge after 100 IBUs when it comes to taste threshold." http://www.beeripedia.com/

We stock all the beers in red, I have included some other famous "bitter" beers for reference that are not currently available in St. Louis.

Posted by Paul Hayden at 1:42 PM No comments:

If all goes well, we are expecting some exciting new beers ---Sorry, it did not go well, the truck is delayed until next week.
For the tasting tonight, we will taste tonight 1/16/09 at Forsyth starting at 4:00
Southern Tier Gemini
Curim Gold Irish Wheat
Panil Bariqquee Oak Aged Sour Red
Mendocino Imperial IPA
Baird Kurofune Porter

Next week -- one of the most anticipated releases each year is
Bell's Hopslam!

Posted by Paul Hayden at 1:25 PM No comments: 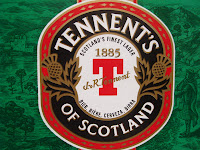 Back after a long absence in St. Louis....
Tennents Lager...$8.29 / 6pk
"Tennent's Lager has been the market leader in Scotland since it was first brewed in 1885 at Wellpark Brewery. It is a distinctive, well-balanced lager whose sweet, malty flavors combine with a tangy hoppiness to create its crisp, refreshing character. Tennent's Lager (4% ABV), fresh from the heart of Scotland, is best served between 4° and 6°C." -- Tennents
Posted by Paul Hayden at 10:32 AM 1 comment: 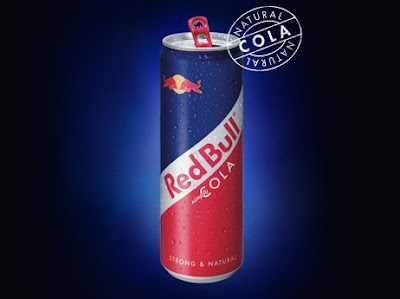 Try mixing it with Jack Daniels or Jim Beam...
Red Bull Cola...$1.29 / 8.4oz
"Why Red Bull Cola?
Why not? And we simply believe that a cola can also be made from natural ingredients. Just like back in the old days.The cola from Red Bull can do without a secret formula. On the contrary: all our ingredients are listed on the back of the can.Thanks to its special recipe, the cola from Red Bull is not just a cola, but a cola of a special kind: strong and natural." -- Red Bull
"The cola from Red Bull is a unique blend of ingredients, all from 100 % natural sources.In addition, it is the only cola which contains both the original Kola nut and the Coca leaf. Therefore, it is a very special recipe. Or what else would you have expected from Red Bull? The result is a natural, not-too-sweet cola taste, which comes from using the right plant extracts." -- Red Bull
"We followed this simple principle in the making of our cola. Therefore, the cola from Red Bull contains• no phosphoric acid• no preservatives• no artificial colouring• no artificial flavourings.So you see, making a first-class cola can be that easy. Just Simply Cola." -- Red Bull
Posted by Paul Hayden at 10:22 AM No comments: 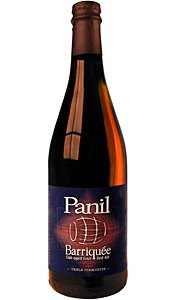 Panil Barriquee 2007 Vintage Batch #9...$17.99 / 750ml
All bottles are numbered, we have numbers between #980-1002
Oak Aged Sour Red Ale
"Save the wild yeasts! From senseless abuse and pasteurization. Suddenly beer-lovers here in the States are all a-titter over dark, sour, wood-aged ales. These complex, fruity-tasting beers, native to the Netherlands and Belgian Flanders, represent one of the oldest beer styles in the world. In their traditional form, these Sour Reds – also known as ‘Flemish Red’ or ‘Oud Bruin’ beers – are related to real lambic beers: a touch of wild yeast and bacteria coming from the wood give acidity, both lactic (sour) and acetic (vinegar).
Trouble is, it’s become nearly impossible to find a true, traditional Sour Red, even in the place where the style was born. The spate of Sour Reds turning up here now leaves most drinkers crying in their beer. They’re too damned sweet! Crass commercialization has brought even the generally recognized ‘classics’ of the style to their knees. They’re pasteurized, and sometimes laced with sugar or artificial sweeteners to make them appealing to the less-discerning beer drinker. The traditional complexity, character, and dryness are missing in action.
But now comes Panil Barriquée, and not a minute too soon. Barriquée is the only all-natural, traditionally-made example you will find today, and it comes from, of all places, Italy. This masterpiece is ‘triple-fermented.’ Primary fermentation is in stainless steel. The deep earthy, sour character results from three months of maturation in cognac barrels from Bordeaux(?), followed by re-fermentation and further aging in the bottle. Barriquée is not pasteurized or filtered, and no sweeteners are added, so it is uncompromisingly dry and complex, and endlessly interesting." -- importer
Rated A- with 95 reviews on www.beeradvocate.com
Rated 99 percentile on www.ratebeer.com
Posted by Paul Hayden at 8:33 AM 2 comments:

A couple of new bocks...

Bock...$8.49
"Desire coupled with curiosity can drive you to do many foolish things. Fortunately, opening a bottle of our Pandora’s Bock is not one of them. Once it is released, a wealth of flavor and complexity will spill out into the world. With a traditional bock flavor profile and a hint of hoppy goodness, there’s a reason it’s spoken about in mythical terms." -- Brewery

"We've tapped our family's original bock recipe to create Leinenkugel's 1888 Bock, which features a robust head that seizes the rich aroma of toasted the caramel malts. The flavor of this full-bodied brew is heavily defined the Munich malts and teh 20 to 25 day cold lagering process which creates a smooth, toasted malt flavor. 1888 Bock also features caramel, pale and two-row chocolate malts while cluster hops add a touch of citrus character." -- brewery

Posted by Paul Hayden at 3:20 PM No comments: 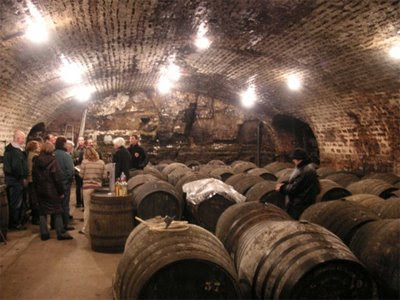 Scotch Series Continues
We are going to try some rare and different scotches.
we will taste these....

Reservations required.
Seating is limited
Call 314-727-8788 for reservations
Posted by Paul Hayden at 4:20 PM No comments:

I have been getting a lot of people asking about our online store. It is back up now!

A word about the weekly specials...
Because of our computer system, the prices in the computer do not change until Monday after we close. So if you come in on Monday for the specials, make sure you mention they are on sale to the checker so they can change the price. (The added bonus is that the previous week's special still ring out at the sale price on Monday -- last week's and this week's both on sale!)