"Limfjords Porter came to Thisted Bryghus after seven years of experiments at an urban brewery in Aalborg where the brewmaster of Thisted Bryghus used to work before it was closed. THisted bought the name in 1986 and in 1997 the brewmaster finally decided that he had achieved the perfect composition of malts. The most notable ingredients are smoked malt, rye malt, and licorice from England. Limfjords Porter is the Brewmaster's pet project and is often called "The Gentleman of Beers". -- importer
Notes from the late Michael Jackson:
"... The surprise climax to the tasting was labelled in English as a Double Brown Stout and in Danish with the local name of Limfjords Porter. Like other Danish beers in this style it was bottom-fermenting, but it was full of character, a dense, brownish, head over a slatey, black, brew; full-bodied and lightly oily; a touch of burnt-grass, rooty, peatiness; a long, warming, finish, and an alcohol content of 7.9%. The flavors were very complex, and I was not surprised to hear that both smoked malt and licorice were used." -- Michael Jackson
Rated 98 percentile on ratebeer.com
Current #8 best Baltic Porter in the world on RateBeer

Our Ballwin location just received their allocation of Founders Harvest Ale --
Call Kevin -- 636-227-9001 to reserve some.
Posted by Paul Hayden at 1:01 PM No comments:

BACK in stock at Forsyth and BALLWIN!!
available online now - very limited 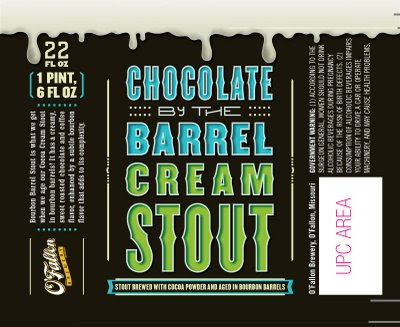 Stout brewed with cocoa powder and aged in bourbon barrels.
"Bourbon Barrel Stout is what we got when we aged our Cocoa Cream Stout in bourbon barrels. It has a creamy, sweat roasted chocolate and coffee flavor enhanced by sublte bourbon flavor that adds to it complexity." -- from the label
Posted by Paul Hayden at 9:04 AM 1 comment:

If you're a fan of single malt scotches, or would like to learn more about them, you're invited to join Drummond McDougall's Single Malt Society.


The goal of the Society is to create a fun and informal atmosphere for tasting the many scotches available. There are far too many, and they are far too costly, for most of us to sample more than a few.


Enter Drummond MacDougall. The Single Malt Society will allow you to sample five quality single malts at every tasting, encompassing a variety of distilleries, styles and price ranges. We’ll also enjoy some cheese and crackers, and learn a little about the history and legend of scotch whiskys.


The Society will meet every other month at the Wine and Cheese Place in Clayton, Missouri.


So whether you’re well-versed in the wonders of scotch, or would like to learn, there’s a place at the tasting table waiting for you at the Single Malt Society.

If you'd like to learn more, please visit their website at
www.scotchstl.com
Posted by Paul Hayden at 11:05 PM No comments:

They are limiting the Founders Harvest Ale to 1 case per account, unfortunately.
Bottled Sept 24!


We also have Founders Breakfast Stout back in stock!!!!

We now have the full Food and Wine Pairing

All of these events our at our Provisions Market Location

Up and coming wine regions so not things you get the opportunity to taste everyday.

A very interactive and fun experience!

Five dishes with five paired wines for only $30! Best deal in town!

Improve your Missouri wine knowledge. Learn about those grapes you hear are actually grown locally. Enhance your next winery trip.

Five dishes with five paired wines for only $30! Best deal in town!

“Thanksgiving with a Twist”

Your favorite classic Thanksgiving meal amped up by Chef Scott Phillips. Enjoy wine pairings from great wineries that will make perfect gifts for friends and family. Come get ideas to “make” your holiday!

Pairing rare beers of the world with fantastic food!

Five dishes with five paired beers for only $25!

Christmas, Hanukkah and New Year’s Eve, all in one night! Cocktail party meets traditional family dinner. We will be breaking out sparkling, heavy hitter, kosher and dessert wines to pair!

"Don't be fooled by the fancy name. There's enough booze at the Clayton outpost of local chain the Wine & Cheese Place to stock the green room at a Guns N' Roses reunion tour. While the vast wine selection and cheese counter are the flagship attractions, the liquor aisle is a sight to behold, particularly for those in search of exotic or top-shelf spirits. The W&CP stocks everything from the finest single-malt scotches to five different types of absinthe (including airline-size bottles) to hard-to-find mixers (agave nectar, anyone?) to imported Cuban rum (bottled in the Dominican Republic, of course). Particularly dear to the RFT staffers' livers is the tequila rack. The Place, which earlier this year hosted a release party for 901 Silver, Justin Timberlake's craft tequila brand, also carries hard-to-find brands such as El Tesoro Paradiso, not to mention Patrón in gallon-size decanters, a.k.a. the Axl Rose special." -- RFT

St. Louis' Best Cheese Counter
WINNER: The Wine and Cheese Place
"In belt-tightening times, fine cheese might not be at the t

op of the average shopper's list, but for those of us who don't have room in the fridge for Kraft singles, great cheese is an affordable luxury. And when we shop for cheese, we want the assistance of a staff that knows the way around its own cheese counter. So off we hie to the Wine & Cheese Place, where we start off by forgetting the name of one of the cheeses we're looking to buy. It's a Swiss cheese (without holes), and you make some fondue-like deal with it. Raclette? Bingo! Everyone knows Parmigiano-Reggiano, but that illustrious name comes with a high-flying price. That's why if you ask, you might just learn that an Argentinean version of Parmesan tastes great and costs less. But the Wine & Cheese Place's cheese-friendliness really comes into its own when you don't know what you want. Four simple words: "What do you recommend?"" -- RFT
Posted by Paul Hayden at 10:39 PM 1 comment:

So many events coming...

With so many events coming, here is your scorecard to keep track:

click on the events to read more.
Posted by Paul Hayden at 9:20 AM No comments: