Not sure about the story, but trying to find out. A new one from O'Fallon here in Missouri just got registered. Not sure about distribution yet. Proceeds are being donated to helping preserve endangered species according to the label. 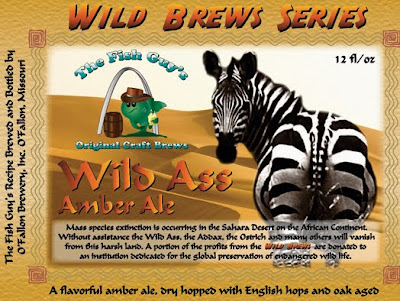 Traditional Drinks with a Contemporary Twist
With Ted Kilgore 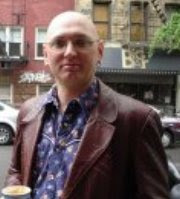 We our proud to have nationally awarded and recognized drink mixologist, Ted Kilgore, to lead you through this amazing class. There is no doubt that Ted is "the" cocktail expert in St. Louis. He is working on 8 great drink choices to present in this class and tasting. He plans on using some of the new and very high quality products starting to arrive at The Wine and Cheese Place. His drinks will include Fee Brothers Bitters, Q-Tonic, Creme de Violette Liqueur, Dolin Vermouths, Aperol and so much more. Have you always wondered how to use these ingredients and how to make great drinks on your own? Ted Kilgore will lead you through this amazing class.

We are now taking reservations.

More info about the master mixologist....
Ted Kilgore was named...
"The Beverage Network’s 10 Trendsetting Mixologists" of 2008 in the Country!
Plus
Ted Kilgore won the Bombay Sapphire ‘Most Inspired’ mixology competition in July

First time in the U.S.

Rare and new from Italy... 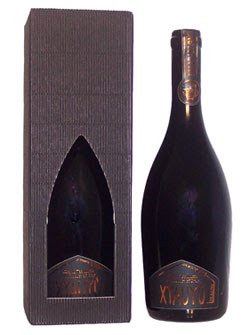 2006 Xyauyu X Fume....$43.99 / pint
"X Fume 2006 Riserva Teo Musso was brewed in 2006 and bottled in 2008. This begins as Xyauyu, with the added 18-day infusion of smoked Lapsang Suochong Tea and the convection of pure oxygen for a year. Boozy and bready, it possesses the character of satiny smoke and port wine with 14% ABV." — Carolyn-Smagalski, Beer Connoisseur Online

"We are entering now a world of magic, surprises, rhythm where the “sin of gluttony” can be committed without remorse. Here, Teo has made the “drawing room beers” or “dreaming beers” brewed with an oxidation process called Solera, coming to an exceptional result. These beers (XYAUYU’) are marked with the three most important metals of gastronomy: gold, silver and copper. It is advisable to sip and enjoy them on a comfortable sofa, relaxing and daydreaming. The bottle when is opened remains unaltered and can be even drunk and appreciated within a long time. Teo Musso produces three versions Gold, Silver & Copper label which differ from each other in terms of degree of oxidation allowed and fruity perfumery aromas created. Brewing process: Primary fermentation for 25 days The maturation/aging follows the Method Solera ["adjusted by Teo"], wich was developed centuries ago by the Spanish and Portuguese to perfect the aging of their sherry and port.

Here’s how Teo's system works:
Xyauyu is transfered to a steel vessel with transparent membrane and a "oxygen hat". After several tastings during the 2.5 year aging process Teo decides when it's time to bottle (it all depends upon the oxidation velocity). XYAUYU’" -- importer

Available online -- order now!!
Posted by Paul Hayden at 8:53 AM No comments: