One of our special 40th Anniversary beers!

In stock now at all 5 locations 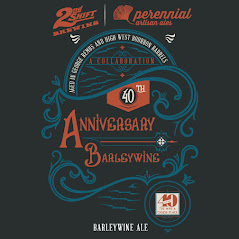 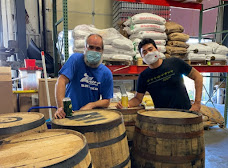 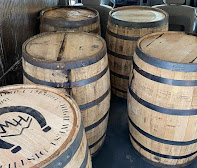 2nd Shift / Perennial / TWCP 40th Anniversary BA Barleywine
...$9.99 / 12oz can
...$35.99 / 4pk / 12oz cans
Steve Crider and Phil Wymore teamed up to make a Barleywine at 2nd Shift Brewing. The Wine and Cheese Place delivered 5 fresh dumped barrels to be filled with this Barleywine! What a collab!  It has been in barrel for about 20 months.  This is a once in a lifetime beer!
The barrels used:  4 Roses OESO, George Remus Bourbon, 1792 Full Proof, Rossville Union Rye and a High West Double Rye
Posted by Paul Hayden at 8:53 PM