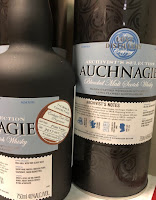 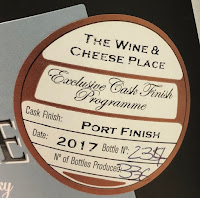 The Lost Distillery Auchnagie Port Wood Finish...$57.99
Special Limited bottling
336 bottles produced
Cask Finished in Port Barrels
Auchnagie Distillery existed for almost 100 years, starting work as a remote farmhouse distillery and ending its days as, arguably, the jewel in the crown of a global whisky empire. It had at least seven different owners and was silent for large parts of its life. This was not unusual for small-scale 19th century distilleries, as their precarious existence was often at the mercy of lack of water, lack of money, changes to duty laws and local demand for the product.
Posted by Paul Hayden at 8:45 AM