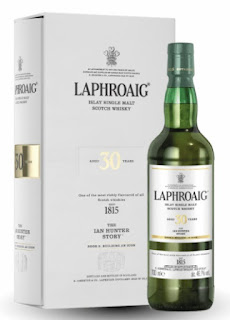 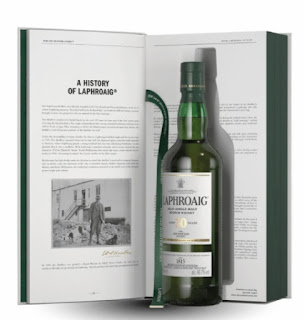 INTRODUCING THE SECOND CHAPTER OF THE IAN HUNTER STORY
A COLLECTIBLE SERIES OF LAPHROAIG® AGED WHISKIES
Introducing the second release of Ian Hunter’s series: a non-chill filtered whisky with sweet sherry notes underscored by Laphroaig ‘s characteristic peatiness, aged for 30 years in Spanish Oak Oloroso Sherry oaks. The second release of Ian hunter Series is a tribute to the Icon that Ian Hunter built more than 100 years ago. Because no one thing is more important to the creation of Laphroaig® than the place it comes from—Islay and the ‘hollow by the bay’ where Laphroaig® first came into being. It might seem obvious to state, but our whisky could not be recreated in any other place than this.

Set into a beautifully crafted book that will document a part of Ian’s rich legacy. Every year a new chapter will be told, uncovering the extensive history behind Laphroaig® and the characters who created it, making this a collection unlike any other, and one that is treasured by Laphroaig® fans across the world. Distinctive. Not for everyone This second release, a 30 year old non-chill filtered whisky, matured in Spanish Oak Oloroso Sherry cask, which make this second book a unique peated single malt whisky.

TASTE PROFILE
Laphroaig® Vintage 1989, Sherry Cask Matured Single Malt
We’ve found that to get the most out of the whisky—to really see the colour, breathe in the aroma, dive into the complex layers of flavour and fully taste the long finish of this expression—the right glassware is essential. A tulipshaped snifter glass of uncut lead crystal is ideal. Fill the glass with Laphroaig® 30-year-old Single Malt at room temperature. If you’re going to dilute the liquid with water, we’d recommend soft Scottish water, but really any good cool but un-chilled water will do. Now you’re ready to taste. We hope you like it as much as we do.

This limited edition is regretfully already fully sold out on Laphroaig.com. You might still be able to find some limited stock in specialized Whisky stores.
Posted by Paul Hayden at 7:34 AM