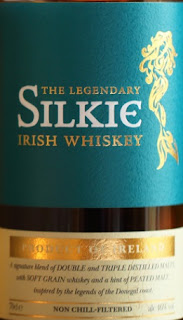 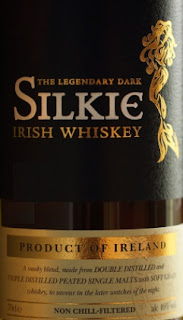 Silkie The Legendary Irish Whiskey Blend...$36.99
Childhood holidays in Donegal nurtured a love for the folk tales of the Sliabh Liag peninsula and more importantly a dream for the future possibilities of bringing legitimate distilling to the Donegal Gaeltacht.

The Silkie is the first step in our ambitious journey. While we build our whiskey distillery, we have sourced a blend of malt and grain whiskeys that when blended together deliver a signature soft mouth feel and a silken, easy character.

Inspired by the tales of the mythical Silkie seals of the Donegal coast, The Legendary Silkie Irish Whiskey a balanced blend of double and triple distilled single malts, soft grain whiskey and a hint of peated malt. It is bottled by hand at 46% ABV and is non chill-filtered for a distinctively rich character. Although higher in ABV, The Legendary Silkie is exceptionally smooth with crisp green apple to the fore, ripe red fruits, gentle smoke and an oaky sweetness which gives way to a long lingering finish of gently warming spice.

As with the multi-award winning Silkie Irish Whiskey, Dark Silkie is hand bottled at our distillery in Carrick, County Donegal and in keeping with the strong tradition of storytelling, still prevalent in Donegal today, The Dark Silkie is named after the Silkies of the Donegal coast and has been designed to be savoured by the glow of a warm turf fire, in the later watches of the night.
Posted by Paul Hayden at 12:23 PM