A.D. Laws Whiskey House is a grain-to-glass distillery in Denver, Colorado that applies a “there are no shortcuts” philosophy to each batch of whiskey produced. Each batch is milled, cooked, fermented, distilled, and aged on-site, utilizing heirloom grains from family-owned Colorado farms. The practice of open air, on-grain fermentation captures the essence of Colorado’s terroir while the copper pot- column still produces a robust, grain-forward style of whiskey that is aged in 53 gallon charred oak barrels for a minimum of three years. 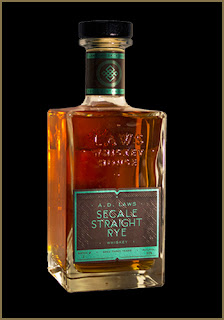 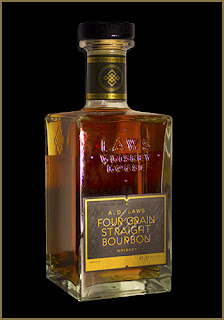 A.D. Laws Four Grain Straight Bourbon...$49.99
This flagship whiskey is crafted from the four “American mother grains”: corn, wheat, barley, and rye. There aren’t many four grain bourbons on the market because they are difficult to make. Through a labor-intensive stepped cook process (in which individual varietals require different cooking temperatures and durations to maximize flavor), each grain varietal lends its unique characteristics to the whiskey.


A.D. Laws Secale Straight Rye...$55.99
Secale Straight Rye takes its name from secale cereale, the Latin term for the rye grain. The unique terroir of the San Luis Valley in southern Colorado imparts a perfumed quality to the grain, while a mash consisting of 50% raw and 50% malted rye produces a whiskey that balances the cereal qualities of malted grain with the assertive spice profile of its raw counterpart. The final result is a distinctly nuanced rye whiskey unlike any other.