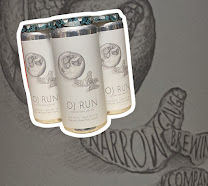 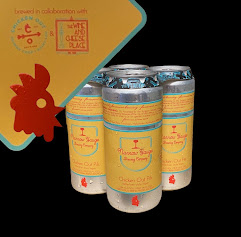 Canned January 2nd!
Narrow Gauge / TWCP / Chicken Out Pils....$12.99 / 4pk 16oz cans
The recipe for this Kellerbier consists of Pilsner Malt, Flaked Rice, and Melanoidin, which gives it a nice crisp profile with some malt complexity. For the hops I selected Wai-iti, which is a New Zealand hop with flavor and aromas of citrus(lime/mandarin) and stone fruit (peach/apricot), and Callista, which is a German hop with flavor and aromas of tropical fruit(passionfruit), stone fruit(peach), and citrus (Grapefruit). - Jeff Hardesty
Posted by Paul Hayden at 9:38 AM