here is what you will taste 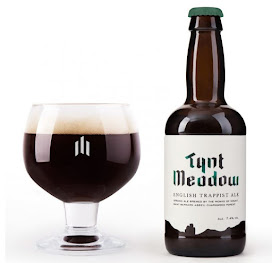 The Beer:  Trappist beers tend to be named after the place in which the monastery is situated. We’ve called ours ‘Tynt Meadow’, to honour the link with the plot of land on which monastic life was refounded here in the Midlands almost two centuries ago. Being part of the great Trappist tradition, we’ve chosen to produce a strong dark ale, but one with a clearly English character.

Boulevard Smooth Collider Smoothie Sour...$13.99 / 4pk 16oz cans
Smoothie Sour with strawberry, banana and vanilla flavors
It all started with the invention of the electric blender which brought about the popularity of the smoothie in the 1940s. Modern scientific and technological advances have brought the tasty fruit emulsion through the atomic age to today. Smooth Collider is the smoothie of the future, with massive banana and tart strawberry aroma leading the way to a full-bodied explosion of fruit flavors. 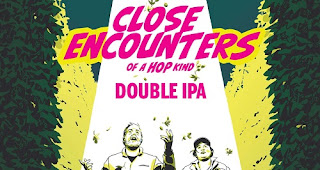 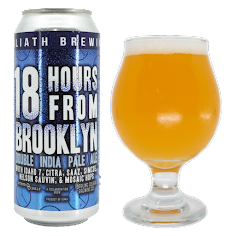 Toppling Goliath 18 Hours from Brooklyn Double IPA....$4.99 / 16oz can
Toppling Goliath 18 Hours from Brooklyn Double IPA....$17.99 / 4pk
A Collaboration with Other Half Brewing
You have to fight, for your right, to hazy DIPA’s! Toppling Goliath Brewing Co. and Other Half Brewing Co. have bridged the gap from rural Iowa to Brooklyn, NY, all in the name of great beer. Featuring the dynamic combination of Idaho 7, Citra, Saaz, Simcoe, Nelson Sauvin, & Mosaic hops. 18 hours to Brooklyn is well worth the wait.
Posted by Paul Hayden at 12:22 PM