Pipeworks is back!!
Was gone for a short second.....


All Pipeworks is nice and fresh!! 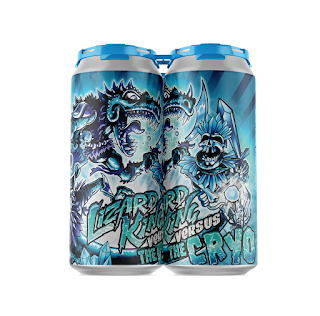 Pipeworks Brewing Lizard King Versus the Cryo....$12.99 / 4pk cans
Lizard King versus The Cryo | Cryo Mosaic hopped Pale Ale | 6% abv
Brrrrr..... THE CRYO HAS STRUCK AGAIN! This cold-hearted foe is not only the enemy of the Unicorn, but also The Lizard King! The cool and collected Cryo and his army of cold-to-the-bone soliders have raised their icicle swords against the legendary Lizard King. Will the Lizard King win this battle or will he be iced out from a win?

We took our Lizard King recipe, but brewed this batch with Cryo Mosaic hops instead of Mosaic hops. Cryo hops are hops that have been cryogenically frozen immediately after harvest in a nitrogen-rich environment. This process preserves the hop oils and aromatics resulting in a pure and true-to-hop expression of the hop oils.

This beer takes on an incredible berry, melon, aroma with floral and rich earthy notes. 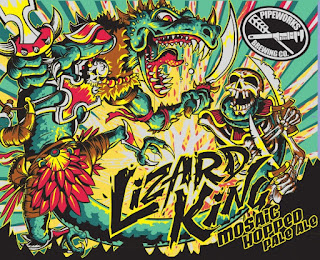 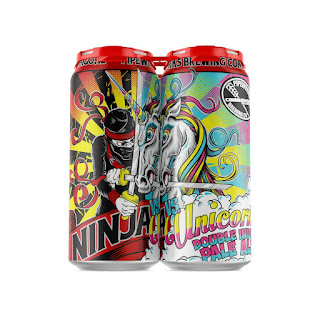 Pipeworks Ninja vs. Unicorn Double IPA...$11.99 / 4pk
Double IPA | 8% ABV | 4 pack of 16oz cans
Ninja vs Unicorn is the classic and essential Pipeworks Brewing beer. We take as much pride and care in brewing this beer in 2021 as we did when we first brewed it in a garage in 2011. Ninja vs Unicorn is an epic battle between both juicy and piney hops - an aromatic clash that brings massive flavors in an incredibly drinkable Double IPA. 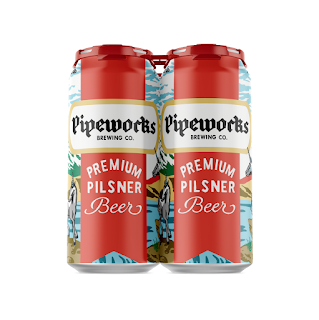 Pipeworks Premium Pilsner...$9.99 / 4pk 16oz cans
Pipeworks Premium Pilsner | A Premium Pilsner | ABV 4.9%
This, my friends, is the beer you can drink.
It's reliable, consistently delicious, and well-made. It doesn't need to pull focus to stand out. It's as much about what it isn't as what it is. The only ingredients are curated malts, traditional hops, good old Lake Michigan water, and time. So much time. We allow this beer to tell us when it's ready to be packaged, and sometimes it needs another minute, but that's ok.
Posted by Paul Hayden at 8:48 PM