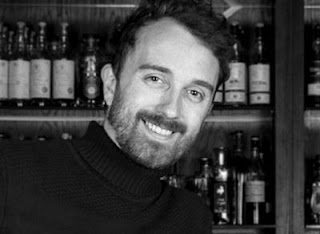 Thursday night is Rum night. We’re drinking the Black Tot Caribbean Rum with
Brand ambassador Mitch Wilson. He’ll be talking about Black Tot and its long history plus great rum info, as will. Come on by!!!


Some info about our guest: Mitch Wilson
Growing up in England, Mitch started his bar-tending career at London's world-famous tiki bar, Trailer Happiness. Longing to take his skills abroad, he headed to Los Angeles to work at Cole’s Red Car Bar and to Australia where he worked at Sydney’s award-winning cocktail bar PS40 and ran Henrietta Supper Club, serving the local bartender community.
Several flaming pineapples later, Mitch joined Plantation Rum as their brand ambassador for Asia-Pacific, before moving to Elixir Distillers to share his love of Black Tot Rum with the world.


On the 31st of July 1970, a 300-year-old Royal Naval tradition ended at precisely 6 bells in the forenoon watch, when the last rum ration was issued aboard ships of the British Royal Navy; a day to be forever remembered as Black Tot Day.
Forty years on, in 2010, as a mark of respect to this wonderful tradition, Elixir Distillers launched Black Tot Last Consignment a blend of rum made up of the very last remaining stocks of Royal Navy rum that had been discovered in naval warehouses in Dartmouth and Deptford. This historic rum had sat dormant for over 30 years, only seeing the light of day on state occasions and Royal weddings.

In 2019 Elixir Distillers launched a new, accessible rum that pays homage to the history of naval rum whilst turning the style on its head. Black Tot rum is a blend of some of the finest spirits from Barbados, Guyana and Jamaica, creating a modern, versatile and multi-layered rum that appeals to rum and whisky lovers across all seas. 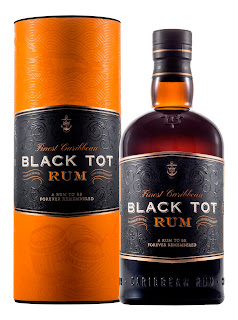 Black Tot Caribbean Rum...$52.99
Black Tot Finest Caribbean is inspired by tradition and the motivation to blend delicious rums from around the world. Our Head Blender, Oliver Chilton, has developed a recipe featuring some of the world’s finest rums while creating a new and individual style. With nothing added or taken away, our final blend has been selected for its ability to allow the individual flavours of each rum to shine.
We have balanced innovation and tradition in Black Tot Finest Caribbean - inspired by the navy rum blend of the past, but evolved to create a rum that can be enjoyed today, and tomorrow.

Bringing together the rich flavour profiles of Barbados, Guyana and Jamaica has created a rum with tropical, coffee and chocolate notes. Aged entirely in the tropics, which produces bolder flavours at a younger age, Finest Caribbean is intended as a delicious sipping rum as well as bringing an extra depth to tasty cocktail creations.

We never chill-filter or sweeten Black Tot Finest Caribbean as we want to present it in its purest form.