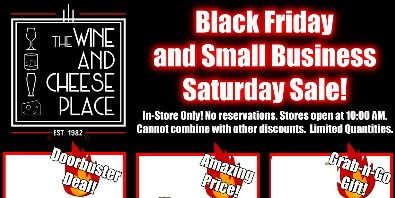 Goose Island Bourbon County Stout
We have decided not to do a big event for BCS on Black Friday.  We do not want to invite a large group of people to line up outside.   We want everyone to be safe and not risk their health in a crowd.  So we will release some via the BRC and some will be online only at 6am on Black Friday - click here 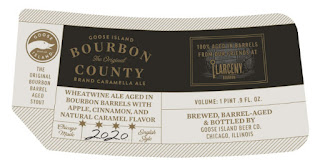 This release will be at 6am November 27th.
BRC emails sent this morning
The rest will be released at 6am online only.  Do not come to the store to pick up until 10am.
2020 release we have coming!

Bourbon County Stout...$11.99 / pint
The Original Bourbon Barrel aged Imperial Stout. Our primary focus every year is to make this beer the best that it’s ever been, with the best ingredients, which includes the finest of bourbon whiskey barrels.This year’s Bourbon County Stout is aged in a mix of bourbon barrels from whiskey distilleries like Buffalo Trace, Heaven Hill Distillery and Wild Turkey. Barrel-aged for a year to develop the complexity that only time can provide, Bourbon County Stout boasts a unique blend of flavors such as fudge, vanilla and caramel — topped off with a rich, complex mouthfeel.
Tasting Notes: Cocoa, fudge, vanilla, caramel, almond, plus leather and tobacco

Bourbon County Kentucky Fog Stout...$20.99 / pint
we’re excited to debut our first-ever tea-inspired variant. Brewer Paul Cade brought this idea to life, inspired by his girlfriend, Martha, who prefers tea over coffee. Our Bourbon County Kentucky Fog Stout is a take on the London Fog tea drink. With that flavor profile in mind, we added Earl Grey Tea and Black Tea from Kilogram Tea, as well as clover honey from The Honey House, to make a Bourbon County Stout variant with a complexity like none before.
Tasting Notes: Black licorice, white pepper, citrus, florals, graham cracker

Bourbon County Caramella Ale...$14.99 / pint
Caramella or ‘candy’ in Italian is a wheatwine aged in Larceny Wheated Bourbon barrels with apple, cinnamon, and natural caramel flavor added after aging. Just like last year, the sweet smoothness from the Larceny Wheated Bourbon barrels adds a lingering warmth that complements the added flavor nuance. It’s nostalgia-inducing flavors are reminiscent of a caramel apple. Our Lab Tech, Joey Tidei, created this variant as a tribute to his love of seasonal flavors. This luscious embodiment of caramel perfectly paired with a slightly-tart apple flavor will transport you to a crisp autumn day.
Tasting Notes: Creamy caramel, red apple, cinnamon, funnel cake
Birthday Bourbon County Stout....$27.99
We partnered with the Old Forester Brand and paired Bourbon County Stout with barrels from one of the world’s most sought-after bourbons – Old Forester Birthday Bourbon. The limited-edition bourbon, released each year on the founder George Garvin Brown of Brown-Forman’s birthday, is made in hand-selected 11-year old barrels and chosen from one specific day of production – resulting in flavor profiles that vary every year and never replicated. Old Forester’s tasting notes for the 2019 Birthday Bourbon are: “Rich oak spice and blackcurrant coupled with light maple, caramel cake, and white floral notes.” This year’s Birthday Bourbon County Stout is a truly unique variation that is a must-have for bourbon and beer lovers alike.
Tasting Notes: Chocolate, vanilla, maple, berry, cinnamon